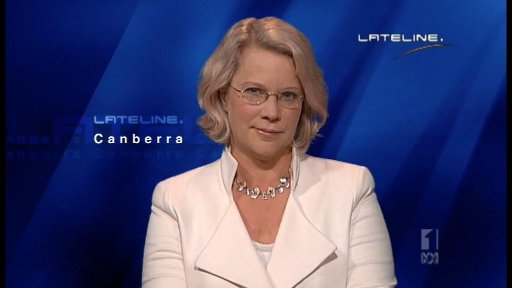 On Friday I attended a forum at the Perth Writers Festival titled Refugees; where do they come from. The speakers were Robin de Crespigny, author of  ‘The People Smuggler’, Kooshyar Karimi, refugee and author of ‘I Confess: Revelations in Exile’ and Carina Hoang, author of ‘Boat People: Personal Stories from the Vietnamese Exodus’. The forum was convened by Laura Tingle from the Australian Financial Review. After the presentations and discussion there was time for a couple of questions. Here’s one asked of Laura, and her reply.
Question:
Don’t you feel that the media has a much greater responsibility to act rather than to simply mouth what is the party line? You’re in a privileged position where you can speak with a far greater volume than most of us, so I would like to ask you, why doesn’t that happen? Who’s stopping you from speaking out? Why won’t more journalists have the courage of our convictions?

This is a complex question which I’m trying to answer very seriously and successfully, and we’ll also be having a discussion about media tomorrow.

I work in Canberra and this is what I can tell you about best. The change in the economics of the media and the change in the way the media works means that we no longer have specialists in those areas anymore. Now that sounds like a really small thing but it means that when a story is reported it’s reported by generalist reporters.

In Canberra we’re political reporters and we tend to report it, and I’m using the Royal We here. I’ll take responsibility for the sins that are mine and that aren’t. We report it as a political story, as a matter of political controversy. There aren’t people in the key offices of the newspapers who would have written really detailed, well informed pieces backgrounding these issues, but that’s a sweeping generalisation. The guy who won the Gold Walkley in December was Steve Penros from The West Australian and he wrote about the Christmas Island tragedy – but it is now a rare thing that it happens.

Now the Financial Review, which isn’t your mainstream Refugee policy paper I fairly concede, but we actually had a period, and this shows you how these things happen, where there are a whole heap of issues which the editor, the previous editor, there were a range of issues that business was just not interested in.

Refugees was certainly one of them. Climate change was another, and we literally couldn’t get them into the paper. That extended to immigration generally, which was I thought was, well, a bit stupid because, you know, it’s the labour market.

So there are a range of issues and, yes you could say the same about Indigenous affairs. Indigenous affairs used to be a huge story. Ten years ago there was Mabo, Wik, and now it’s just not there because there isn’t the focus. There aren’t people there who’ve got their own interest in getting those stories into the paper. It’s as brutal and basic as that.

You’ve asked, so from the top of my head that gives you a bit of that picture. 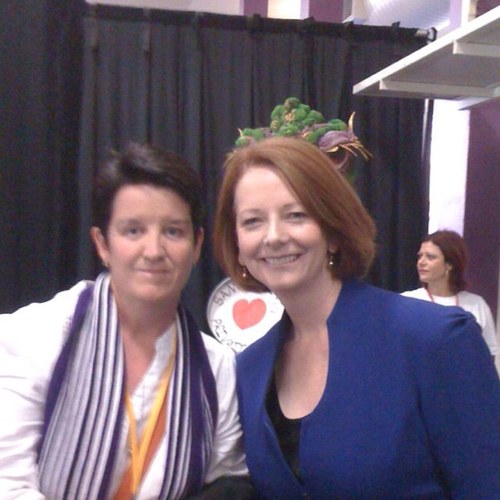 Jane with the PM

Jane Cattermole is a Yorkshire coalminer’s daughter, schooled by life to know that the Conservative ideology is pretence for social and economic control. I use wit, history and reason to puncture the bluster of those who think they are born-to-rule.

Jane tweets under the handle @janecat60