Will the discontent of 2013 give way to new hope in Dunkley? 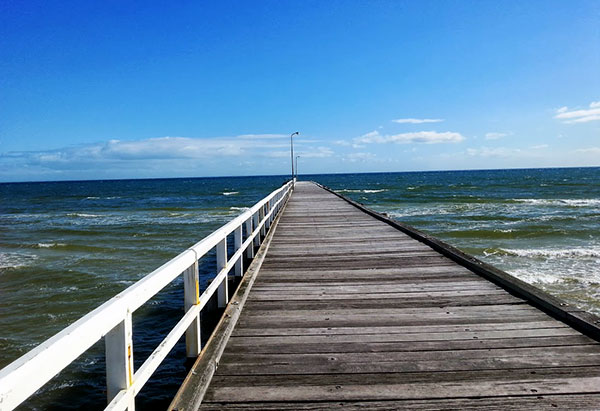 The only candidates’ forum held in Dunkley revealed a shared sense of dismay in the community on the eastern shore of Port Phillip Bay.

I asked the six candidates attending the forum what would be foremost in voters’ minds on election day.

The two independents said they were running because of personal disillusionment, while our sitting member Bruce Billson said he was disillusioned with the current government.

I noted to myself: is this the election of disillusionment?  And if so, what does this mean for Dunkley?

The Labor candidate Sonya Kilkenny did not attend the forum but sent her apologies.  Catching up with her later, I found she read the mood the same way.

“Feedback I’ve got … it’s too long, we need someone new, Dunkley has been neglected,” she said, referring to Billson’s holding the seat for 17 years.

She said she believed her campaign slogan “a fresh face” had gained traction.  Indeed, Billson got a laugh at the forum when he said he thought his face was still fairly fresh.

Kilkenny says she has seen positive changes in Dunkley since she moved here in 2007 but the region has great potential for more.  She is peddling a vision of a “more vibrant, productive, and inclusive community”.

Each of the four candidates I interviewed had a great sense of commitment to the electorate, and no lack of diversity in their views.

The other three have had strong connections with Dunkley all their lives, and all represent views from very different points of the political spectrum.

Sex Party candidate, Eloise Palmi, who went to high school in Dunkley, says the region is starting to get the “aesthetics of a vibrant cultural hub”, such as the Frankston foreshore development.

Palmi joined the Sex Party because she agreed with many of its policies, particularly on education issues, and she works for an adult retail industry association.

She noted the Sex Party had a same-sex marriage and an inquiry into child abuse on its platform at the last election – two issues that have since gained traction in mainstream party politics.  Small parties can thus highlight issues which otherwise might not be discussed in the political arena.

It is interesting, then, to consider the Rise Up Australia Party (RUAP), which appears to have been inspired, in part, by the founder’s long-running legal conflict with an Islamic group over freedom of speech issues.

Dunkley had fewer than 700 people who identified as Muslims in the last census, and RUAP’s candidate Yvonne Gentle concedes her platform (“Australia is in danger”), is more of a national one than a local one.

Gentle is Victorian State President for RUAP and has struggled to find time to dedicate to her own campaign while she has been supporting other Victorian candidates.  A seasoned traveller, she says it was during a trip to Israel she met the founder of RUAP.  She speaks passionately about the region where she lives and works, “a cross between the city and the country”, and says there’s a need to educate people in Dunkley about changes in Australia to maintain “Australian culture”.

Bruce Billson has lived in Dunkley all his life, and has strong ties to the community.  He is passionate about the region – “lots to like, delicious possibilities” – and sees his party as the best one for realising people’s potential.

His campaign was launched by John Howard, a supporter in his early political life, and he has maintained a shadow ministry role since the 2007 election.   He is considered likely to take up the minister of small business role should the Coalition be elected, a portfolio that will be elevated to cabinet.  He feels “the Labor Party only shows an interest in Dunkley when the polls say they should” and says a key role will be to restore confidence in the competence of government.

Although this campaign has been relatively controversy-free, Billson said political life could take a toll personally. He had an issue with a bogus website a couple of elections ago, but the website’s strongest personal criticism of him seems to be his love of a media opportunity.  He certainly has been the most visible of all candidates around Dunkley in terms of signage.

Kilkenny’s campaign has been marked by a less visible approach, and she spoke of much door knocking and many phone calls.  She, too, has suffered from a website co-opting her name for anti-Labor advertising, which appears to have be established by someone who has business dealings with Liberal Party members.

While much has been made of the Murdoch media’s position nationally, the Murdoch-owned regional newspaper,  the Frankston Leader, has covered the campaign in a minor, but balanced way.

Four issues of the weekly devoted one or two pages mainly to candidate profiles and an election “jury panel” question each week.  The jury was made up of two businessmen and three women – a retiree, a parent, and first-time voter.  A few letters were published, with one highlighting concern over the sitting member’s time in the seat, and only a few articles on candidate’s promises.

So where to from here?

The great thing about an election campaign is that it energises the community and motivates people to volunteer their time to improve their region.  The downside is it divides the community along party lines.

One candidate spoke to me of the camaraderie that has developed between some candidates and the people helping them at the pre-polling booths.  Between elections what would happen if you got these people together to work on the 90 per cent of issues on which they agree, lobby for change and help to implement solutions?

Certainly, the sitting member placed great emphasis on a “sense of shared purpose” as being critical to help local development.  It will be interesting to see what happens in this regard, and through this role with No Fibs I feel more connected to the local community and keen to participate!