A journey to independence via Young Libs, Greens and a close call with ALP

My first article last week about Deakin – Labor’s second most marginal seat – was met with predictable howls of foul play from the twitterati. “She is an ALP stooge, can’t believe a word she says,” they screamed.

Okay, so it was single howl and not particularly loud, but still I heard it and it is time I best set the record straight.

I am not a member of the ALP. I have never been an ALP member. See, I took out my credit card out to pay the membership fee about three months ago, but when I checked my bank balance, I thought better of it. Among the many things that I am – chick-lit writer, feminist, lover of fine curries and wine, and web designer – I am also a single mum. Needless to say I tread water very hard to keep my son and myself from going under.

But I have been a member of the Liberals and the Greens in my time; so the ALP has quite an honour in not having had me as a member. Or is the honour all mine? Oh, never mind.

So how does a person almost become a member of all three major parties in Australia and now want to vote for none of them?

To explain that I guess I will need to unpack a little bit about myself.

So, I am a Sri Lankan Singaporean Australian. Yeah, I know – it’s all a bit like, “Whoa. What gives?” Trust me, travelling through the US in the aftermath of 9/11 is charming process of being pulled aside at every single airport and having to narrate your entire life in under ten minutes so that you don’t miss your next flight.

“Yes I was born in Singapore. No, I am actually not Sri Lankan. But I am Sinhalese.”

“The native people of Sri Lanka.”

“Would that be Sri Lankanese?”

“Look, I am Australian now,” I’d mutter through gritted teeth. Best never annoy customs officials – they have air marshals under their command and all that.

So I moved to Australia in 1989 when I was 15 after having lived between Sri Lanka and Singapore. And while my disjointed youth has given me the ability to speak four languages (yes, I am a party trick waiting to happen), it also gave me a very chequered perspective on politics. See, my parents oscillated greatly between the right and the left depending on which country they were in. 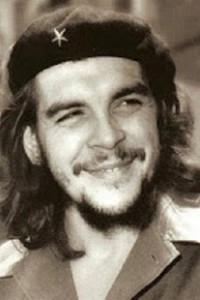 Che Guevara, Argentina-born guerilla and hero of the Cuban revolution

My mother* had been a Che Guevara activist in the 1960s in Sri Lanka. She’d witnessed first-hand the kind of desperation that long-term unemployment and poverty created and wanted to be a part of the revolution. However, my grandmother thought better of it and married my mother off quick sticks before she could get into further trouble and shipped her off to Singapore.

In Singapore, on the other hand, my father was a firm People’s Action Party man. Strongly conservative and a fierce believer in Lee Kuan Yew. He saw the economic miracle LKY had wrought in the tiny island nation, and LKY’s father Lee Chin Koon had worked with my paternal uncle at the iconic BP De Silvas Jewellers in Singapore. Voting for someone else would have been unconscionable. You supported people you knew, no matter what. 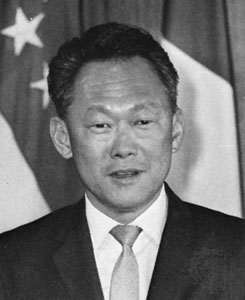 I grew up listening to parents who were in essence socially progressive but also conservative in many ways.

And my own political consciousness developed in the 1990s. We’d barely been in the country two months before my father lost the job he’d been brought over to do during the recession Australia had to have. We could not go back and there were hardly any jobs to be found here.

Not only that, people close to us lost money in the Pyramid Building Society collapse in Victoria, high interest rates drove many of my friends’ parents to the wall and the disastrous implementation in 1992 of the Victorian Certificate of Education matriculation system meant most of us school leavers that year did not know if we’d even get to university!

So it was great deal of glee that I joined up to the Young Liberals at Monash University in 1993. I signed the forms and handed over my $10 membership fee all prepared to campaign for John Hewson during the early weeks the March ’93 elections.

That was until I attended my first and only Young Liberals meeting.

The Young Libs and I were never going to mesh from the outset. There I was in my standard science undergraduate-issue flannies and jeans in the company of young people whose Country Road shoes were worth a quarter of my annual Austudy income. It was my sense of inferiority (give me a break, I was only 18) that made me slink to the back of the room to listen. I’d dress better next time. Only I wished I could plug my ears after about 20 minutes. Because all the Young Libs actually did was whine.

They whined about the economy.

They whined about education.

They whined about Paul Keating.

And then they crossed over to a subject that would make me question whether they and I inhabited the same planet. 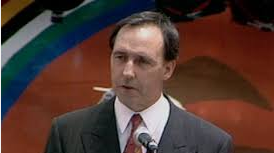 Whatever I then thought about Paul Keating as a prime minister, the Redfern speech delivered in December 1992 was one of those awe-inspiring orations that marked a nation heading towards maturity. There is a truth in that speech that implores all of us to reconcile. To look within ourselves to see that while we are individuals, we are a part of a whole. That while Aboriginal Australia languishes in poverty and disadvantage, the luxury we enjoy lacks substance because it is at the expense of others.

I stood up and exited the room when they started to whine how the Mabo decision meant all of us with suburban blocks were at risk of ambit native title claims. I was no law student – but there was something so stupid in that whole discussion.

I would spend the rest of my days in student politics not doing anything of use. The highest office I achieved was president of the French Club. Leading a club devoted to wine, cheese and French film nights seemed more my style.

I was pretty politically uninvolved right through my 20s, until the 1999 Republic Referendum.

Of course I wanted Australia to be a republic. Like, dur! Why cling to a titular head of state who had no clear interest in the country. Surely Australia was mature enough to have its own head of state.

The thing that frustrated me about the ’99 referendum was the clear manipulation by John Howard of the electorate. I could not count the number of times I got calls from relatives at the polling booth saying, “I don’t understand the question.” My mobile phone ran hot all that day. A person with an average grasp of English simply could not understand the question; and those who wanted a republic accidentally voted against it!

The 1999 referendum started my disenchantment with the Howard government. By the watershed 2007 election eight years later, I had joined the Greens. The ALP seemed to be lost under Howard’s authority and they lacked the intellectual leadership to take him on. They also seemed completely wishy washy on issues such as climate change and asylum seekers.

After joining the Greens and attending a few meetings, I had similar sense of discomfort and disgust as at the Young Liberals’ meeting. There was the same sense of self-righteousness and smugness, only from the polar political opposite. And they whined.

The Greens whined about the Coalition and the ALP.

They whined that it was all a conspiracy.

And how the world was going to hell in a handbasket.

If the Greens complain about the relentless negativity of the Coalition, they need to take a good long look at the end-of-the-world scenarios they sprout.

So I didn’t bother renewing my membership.

I hadn’t had much of an opinion of Kevin Rudd. He seemed bland, while making the right kind of noises for a lefty prime minister. I liked him enormously after the ‘Sorry’ speech and I thought he did a good job; so I was as gobsmacked as anyone else when Julia Gillard wrested the top job from him.

I voted for the ALP in the 2010 election. I could not fathom voting for the Coalition.

But over the years I developed a grudging sense of respect for Julia Gillard. Not that I agreed with everything she did – namely, shifting single-parent families onto the Newstart allowance – but I saw how she knitted together a fragile minority government. I saw her stellar negotiating skills in bringing about the carbon tax and driving through the disability insurance scheme. I saw her get pilloried daily in the media and yet have the grace to stand in parliament a few weeks after her father died to deliver her Misogyny speech.

I become a fan of Julia Gillard, not for her side of politics. Not for her hair. Not for her grace. But for the wonderful job she did under difficult circumstances. So much so that I was going to join the ALP to campaign for her. I was waiting to get enough money together when she was deposed. I was going to fight on behalf of Julia Gillard house to house, street to street and until the polling booth closed on 14 September.

I found the white-anting and the relentless campaign waged by Kevin Rudd unconscionable. If Tony Abbott in collusion with the media brought about the demise of the most legislatively effective Australian prime minister, Kevin Rudd is equally culpable.

So no. I am not a member of the Australian Labor Party. I refused to join a party whose caucus members have reinstated a man whom they openly despise and revile.

As I go into the 2013 election, I will report from the point of view of independence. I do not belong to any political party. I regard all political parties with an equal degree of scepticism and mild disgust.

* My mum is now a Buddhist nun-in-training and is very cagey about her Che Guevara activities.