#AusVotes Day 38 – The only poll that counts: @qldaah #qldpol 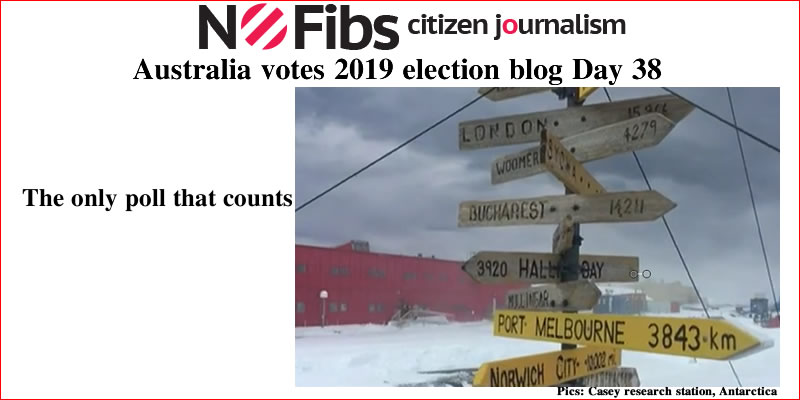 The only poll that counts

The only poll that counts

Only one poll matters. It may be a cliché but it’s true. All the polling throughout a government’s term might shift a prime minister or two but only the one on election day that can shift or retain a government.

With the final Newspoll giving an election win to Labor on 51.5 percent, Prime Minister Scott Morrison blitzed Tasmania in the morning.

It was then a dash home to his seat of Cook for the voting photo opportunity.

Meanwhile in Antarctica, Casey research station will vote and phone in the results tomorrow. The paper ballots will be returned to the Australian Electoral Commission (AEC) at the end of the year.