Burnt bridges: A reflection on the demise of Sophie Mirabella by @adropex 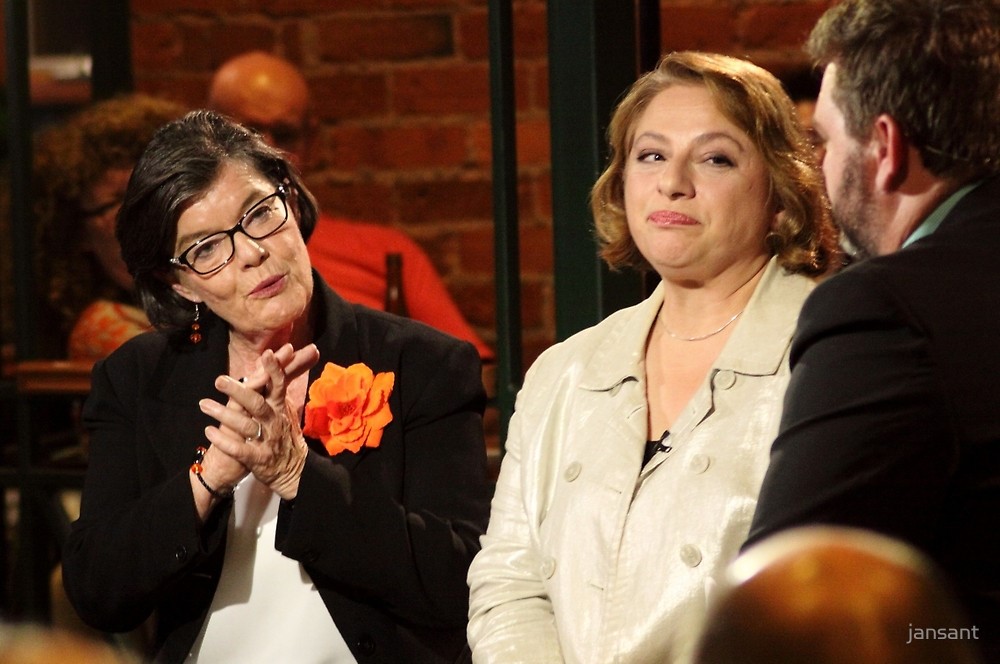 The result in the seat of Indi is final. Only in the last few weeks, as her 2016 campaign collapsed, has the topic of Sophie Mirabella not rekindled in me the upset and anxiety of the last decade. Rather the emotion was one of grudging compassion.

With hindsight, the similarity in the unrelenting energy Sophie spent achieving pre-selection for a safe seat where she had no connection and the manner in which she ‘parachuted’ into the family circle of Colin Howard is evident. Her preparedness to do whatever it took to obtain and maintain power was extraordinarily brazen. It is fair to say that to engineer the progress of your life at this level is not for the faint hearted and certainly not for the emotionally sensitive. 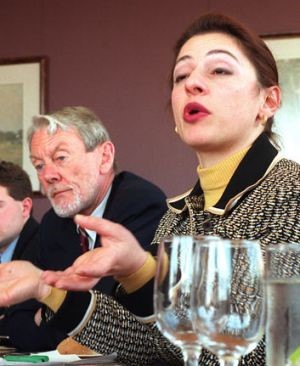 Having achieved pre-selection, secure in her position of apparent immutability, her eye was forever on the prize. As she marched through the years she was exemplary in aligning herself with each successful leadership change. In retrospect those associations appear to be stepping-stones along the way.

In all the political eulogies I have read about the outcome of the 2013 campaign in Indi the locals are constant in their reproach of Sophie for her failure to take on board the electorate’s concerns. In light of her behavior this criticism is understandable and deserved but perhaps not complete in its analysis. It is more than likely she did not address the concerns of others because she did not know what they were. Sophie did not listen and she did not converse. Her default position was combative with no middle ground. A perceived challenge was generally met with antagonism or silence. The behaviors she exhibited with respect to her political career and her electorate were remarkably similar to how she approached her later relationship with my family.

In 2013 enter Sophie’s nemesis, a gently spoken, well-educated, kindly mannered person, professionally experienced in business with a long family history in the region. What could Sophie have been thinking to initially dismiss this person and her cause so lightly? Her disregard for the views of those around her was not just bad judgment. Her lack of empathy, her apparent lack of eye contact with the people of her electorate, her trademark arrogance and disdain, honed under the guidance of poorly selected mentors, were the fundamental flaws in what was Sophie Mirabella MP.

In contrasting style, the ‘Voice for Indi’ camp sent a clear message to the people of the area, including the younger constituents, that they were seeking to engage the community and there was another way to do politics. It is hardly surprising in the emotional battle that ensued Cathy McGowan would make a serious impact and the candidates’ different communication styles would define any election campaign.

After the 2013 loss the Victorian Liberals and Sophie were driven by outrage to regain Indi. Anticipating a Coalition victory in the 2016 election, some sensed a cabinet ministry was to be hers. All she had to do in pursuit of her ambition was to be pleasant, considerate, listen, exude some basic decorum and acknowledge her competitors as people with valid agendas, agendas that were neither derisive nor subversive. I am well aware that in her younger years she has known how to do this, albeit I acknowledge many would disagree and maybe this skill had been removed from her repertoire.

Even given the Liberal’s customary lack of humility and introspection the ‘re-minted’ Sophie managed to personalize her 2016 fall from grace with her hospital funding gaff, a truly amateur moment. Sophie’s earlier claims of self-reflection and political evolution were shown to be little more than a marketing strategy and the electorate recognized this. In 2016, the vote in Indi was considered rather than emotive and the 9.4{17ac88c265afb328fa89088ab635a2a63864fdefdd7caa0964376053e8ea14b3} margin decisive. As such the message it delivers is so much more powerful than the 2013 outcome.

The understanding that can be taken from these two Indi campaigns is one that goes much deeper than merely passing judgment on one person’s performance in a role. Sophie can be seen as a product of her apprenticeship in student politics and the weak pastoral care of her political seniors.  Her early political education was augmented by the tutelage of Colin Howard; a singularly minded, intellectually powerful man who believed that aggression when practiced brought respect.

This political upbringing styled her belligerence and gave a blunt but effective tool for Tony Abbott and other Liberals who pitted her against the likes of Gillard, Plibersek, Ellis and Roxon with little thought about her personal development and social immaturity. Nor were they or she concerned for her electorate, believing that in Indi they were safe in a lack of competition where most people voted Liberal in their sleep. 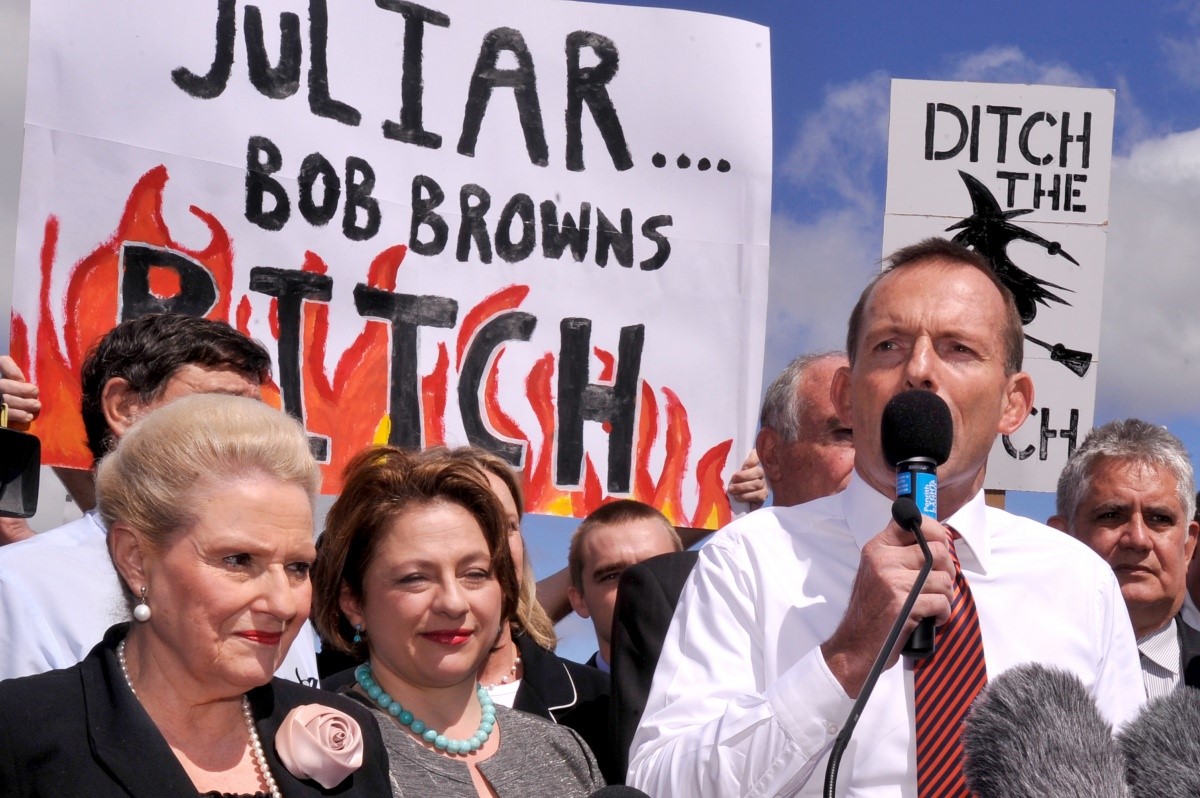 Less talked about and yet apparent are the bridges she burnt within her own party during her time in office. Sophie feared, and it was widely suspected, that Melbourne’s Liberal powerbrokers waited their moment to remind her of past putdowns, the offense they took from her performance in the 2013 campaign and in achieving 2016 pre-selection as the party candidate.

It is believable that Malcolm Turnbull will be relieved to be no longer obliged to find a place for Sophie. She would never have been an easy fit in a portfolio, and with her limited commercial experience she could have struggled to engineer the steps necessary to stop the continual slide of Liberal popularity in what was, prior to her 2013 defeat, a blue ribbon Liberal seat.

So what of Sophie Mirabella the person? Her life, forever changed by the events of 2013, her singular ambition ‘stolen’ at the very last by less than 0.5{17ac88c265afb328fa89088ab635a2a63864fdefdd7caa0964376053e8ea14b3} of the votes. No fanfare, just hundreds of cruel eulogies to mark the occasion of her loss from the political arena. How painful must it have been in the past three years to watch and read of her former peers, of their daily battles in the Lower House, and of their rise to Ministerial positions?

Sophie’s critics are likely to review the 2016 election result and focus on her conduct and the glory that has so obviously eluded her. Certainly the manner in which she has departed, yet again laying the blame of the result at the feet of an evil partnering of political foes, augments for many the reasons why there is such a broad dislike of Sophie by the people who make up the electorate.

Will she stay in the area? On the surface it would seem that there is little she shares with the electorate, and there probably never was. However, in the time she has spent in Indi Sophie has married and with two children at school she has become a part of the fabric of a community life that goes beyond political shortcomings. Many of Sophie’s critics are unlikely to recognise that in her drive for power and respect, she has provided herself and her family with a secure and financially comfortable lifestyle.

History will most likely remember Sophie unkindly but, for her, I hope she will learn a lesson in personal humility, value the bonds of family in all its various forms and in time accept that the model she followed was always going to be timed out.