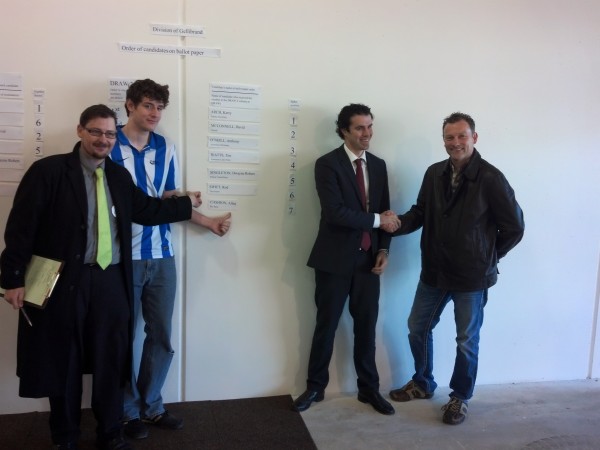 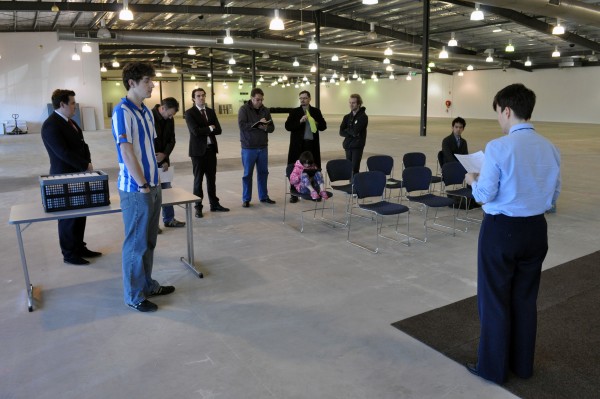 Candidates and observers listen to the returning officer explain the ballot draw process.

After seeing a No Fibs report about last week’s candidates’ forum in Wentworth, I decided to see about organising one here in Gellibrand. So far, events have been held on specific issues such as public transport, but as far as I’m aware there has been no occasion where the community could observe and ask questions of the candidates who want their vote.

I made a couple of calls, including one to Hobson’s Bay Council where I left a message for the facilities officer to call back (I’m still waiting five business days later).

I managed to secure an excellent venue for the event at no cost. Candidates from the ALP, the Greens, Australian Sex Party, and Palmer United Party have confirmed they will be there, and the Liberal candidate is likely to show.

The Family First candidate responded with an apology, and I have yet to make contact with the Australian Christians Party candidate.

The forum will be held at The Rocks (Williamstown Football Club) on August 27 at 7pm. Audience members will be invited to donate to a local charity.

The ballot draw for Gellibrand, the inner-west Melbourne seat vacated by Labor’s Nicola Roxon, was held in an Australian Electoral Commission office set up in what was once a Spotlight store.It was a huge, empty space, with about 12 chairs and two desks. Bleak. My daughter had a great time running around for a while, then took over my iPad, though choosing the nursery rhymes app wasn’t the best idea.

The candidates started to appear: Rod Swift (Greens) turned up with two helpers, one amiable, the other quiet; David McConnell (Liberal), who’d only just learned the event was on; Allan Cashion (Australian Sex Party) dressed casually, as is his wont. Tim Watts (ALP) arrived, with two minders. One remained focused on his phone and the other sat in the front row to watch the draw.

The returning officer read from a sheet to explain the double-blind requirement to decide the allocation of places on the ballot paper. A bingo wheel was on the table, looking suspiciously like those you can pick up in a $2 shop. Seven balls were placed inside, spun and taken out to assign each candidate a number. The number was then used in another spin of the wheel to determine what place the candidate received on the ballot. 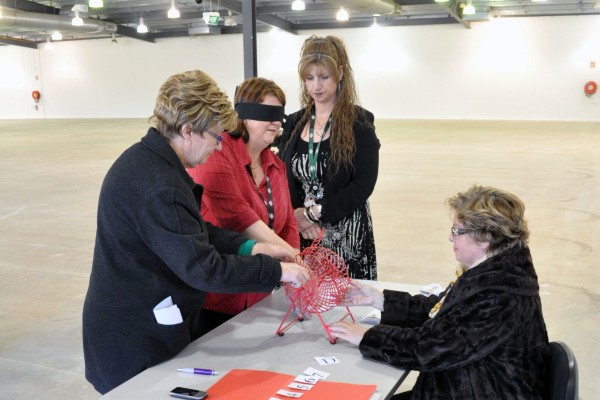 I honestly thought a bit of show wouldn’t have gone astray here. Maybe different coloured balls would have helped. Needless to say, there was no “Number one – the loneliest number” or “Number five – this place isn’t a dive!”

Once the process was done, an AEC official used Blutack to place the candidates’ names next to the number of the ballot positions they had drawn.

Here is how the candidates will be listed on the ballot paper: