Ethics, morality and the war on ISIS: @richardsheggie comments 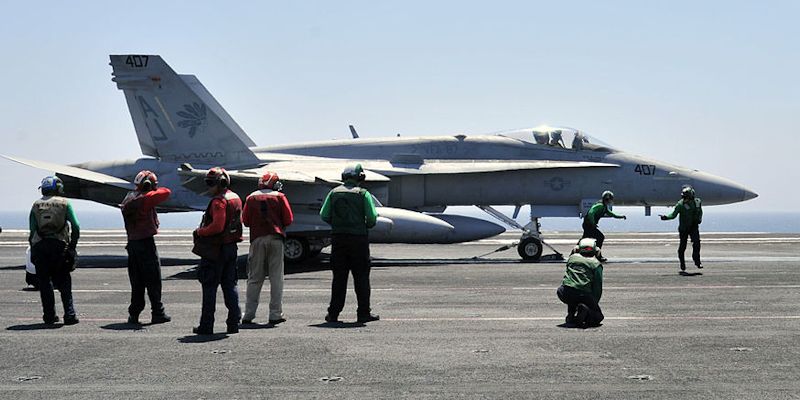 No Fibs environment reporter
In his active semi-retirement, Richard is seeking to make contributions to the sustainability of society by sharing his knowledge and experience in the development and understanding of core values, ethics and morality, political and corporate leadership, motivation, environmental sustainability, renewable energy and climate change.

Richard holds a BE in Electrical Engineering (UNSW) and an MSc in Astronomy (Swinburne). He has specialised in acoustics and vibration engineering since 1972 and commenced an independent acoustical consulting practice in Sydney in 1978. Over the ensuing 35 years, Heggies Pty Ltd expanded to become a widely recognised, multidisciplinary environmental services company employing 130 staff in offices across most large cities in Australia and in Singapore and New Zealand. Its areas of expertise included air quality, land quality, wind engineering and hazardous materials. In 2010, Heggies merged with mid-size international environmental consultants SLR Limited. Richard retired from the role of managing director and chairman of SLR Australia in 2013. Richard has experience in a broad spectrum of environmental projects. He has carried out noise and vibration impact assessments for major industrial and transportation projects (road, railway and aircraft), including Westlink M7, Sydney Harbour Tunnel, Chatswood Interchange, Epping Chatswood Railway, New Southern Railway and the M2 Motorway. He has specific expertise in the measurement, assessment and control of the effects of noise, vibration and blasting emissions from mining, quarrying, construction and excavation projects and in the investigation of the response of structures and building occupants to those emissions. Richard has extensive experience in the architectural acoustical design of large commercial and residential developments, cinemas, studios and performance spaces, hotels, resorts and marinas and large port developments. He has prepared and presented expert evidence at numerous commissions of inquiry, public meetings, and hearings in the Land and Environment Court, the District and Licensing Courts and the Workers' Compensation Court. Richard is a past Chairman of the Association of Australian Acoustical Consultants and has served as a councilor and federal treasurer for the Australian Acoustical Society. He has worked on the organising committees for several national and international acoustics conferences and was the creator and first editor of the Technical Journal of the Australian Acoustical Society. Richard has been a committee member of the Astronomical Society of NSW and instigated and led a new technical group to develop public interest and members’ technical skills in digital astro photography. He is an active Member of the Australian Earthquake Engineering Society and a member of the Australian Institute of Company Directors.

Young (and not so young) people are tired of the almost perpetual state of war that has that emerged since World War II. With US and Australian military intervention now commencing in Iraq and Syria, we are at war yet again in the Middle East. The target is the rapidly growing “caliphate” being created by ISIS (ISIL) across northern Syria and Iraq, with its notional capital in the northern Syrian city of Ar-Raqqah (Raqqa).

Various rebel forces conducted a successful assault to take control of Raqqa from Syrian government forces in March 2013. Between March and August 2013, numerous (but ultimately unsuccessful) airstrikes were conducted by the Syrian Air Force against ISIS and other rebels in Raqqa. The number of civilians who died in each air raid usually outnumbered the rebels killed.

The Vice News video The Islamic State reveals the administrative and social structures that ISIS has established in Raqqa (by whatever forms of coercion) and how well-entrenched the ISIS “government” has become. New airstrikes by the US and others, no matter how well-targeted, would cause significant civilian casualties and would probably be just as unsuccessful as the six months of Syrian airstrikes in 2013.

With western support to the Kurds in Iraq and in the Kurdish autonomous region, perhaps military action has some chance of degrading ISIS in Iraq. As far as practical however, the international community should pursue political, diplomatic and financial solutions.

Responses to threats of terror at home

Military intervention is attractive to many. “How can good people stand by when an evil group (ISIS) is killing and torturing so many innocent people?” Community sentiment for a military response is also greatly heightened when government and media hype whip up widespread insecurity and anti-terror feelings, irrespective of the scale of the terror threat.

In Australia’s largest ever counter-terrorism operation, over 800 police and security forces recently conducted raids across ten or more suburbs in Sydney and Brisbane. The forces acted on information that a person in Sydney received a telephone call from a high-ranking ISIS member in Iraq/Syria, exhorting him to perform and video the execution of a random person in Martin Place. Truly an evil act of terrorism.

In the light of such a threat, law enforcement and security surveillance/vigilance are necessary in the interests of a safer society. Until each and every individual in society embraces the core values of (at least) compassion, tolerance and understanding, people cannot feel “perfectly safe”. This would be a noble ethical aspiration, but is not likely to happen soon.

The interim objective is to achieve a balanced level of security and surveillance that is commensurate with the threat — and which does not overstimulate fear, distrust and racial tension (especially Islamophobia) or overly encroach upon civil liberties.

Australia’s police and security forces seem well served by the current laws of surveillance and apprehension.  The outcomes of raids going back many years, along with the success of the recent raids (setting aside that they seemed to be somewhat over the top in playing to the media and resulted in only one person being charged and held), tends to support this view.

ISIS is a fanatical, extremist organisation, using terror, cruelty and genocide to achieve its aims. There is a view however, shared by others including Julie Bishop, that an extremist ideology cannot be bombed out of existence.

I recently wrote an article If War is not the Answer, What Is? based on a plan published by Phyllis Bennis (Institute for Policy Studies) in The Progressive. The plan proposes six practical steps to weaken the influence of ISIS and to work towards political, diplomatic and financial solutions — without military intervention.

The plan is measured in its expectations, acknowledging that a long and complex process would be required. If a non-military plan became the strategy of the leaders of the US and Australia, more nations (particularly Iraq’s neighbours Iran, Syria, Saudi Arabia and Turkey) may be more willing to support an effective anti-ISIS coalition.

The Bennis’ plan is also attractive because if we do not start responding non-violently in the face of extremism and violence, then war and violence are unlikely ever to end — or even diminish. War will never be ended by more war.

In fact, violent intervention arguably only increases extremism and radicalisation of the people targeted by that violent intervention. The military actions and political outcomes of the 2003 Iraq War arguably created the very environment which allowed the terror of ISIS to emerge so strongly.

The more hawkish in the community say that a non-military response is ‘head in the sand’ stuff. A comment posted under my article said “it’s difficult to kill an idea, but in this case I’ll quite happily support killing all the brains that contain it, that works for me!”

These are ugly words indeed. Other comments under my article blamed “religion” and “god” for the evil doings of ISIS and others. They called for an “end to religion” (all religions!) as a means for stopping violence and cruelty. Assuming to predict a person’s likely behaviour by aligning them with any religion (or culture) is simplistic and counter-productive to enhancing civilisation and improving harmony in society.

For the spurious purpose of labelling, I lean towards being an atheist and a rationalist. Even a slight reading of history, philosophy or theology indicates however that religion and ideas of god are not going away soon — and nor should they. While much evil has been done in the name of religions, they have also been (and remain) an inspiration for people to do great good.

It is possible for individuals to determine right from wrong and good from bad in the absence of religious teaching and guidance. There are core values, a morality and a code of ethical behaviour that are common to all humanity and which do not require the context and support of a religion or god in order to be learnt, developed, acted upon and perpetuated from generation to generation.

The Dalai Lama has written a book Beyond Religion; Ethics for the Whole World (the Dalai Lama Foundation, 2012), presenting a vision of secular ethics, informed by both science and religion — but separated from the necessity of a context of religion or god.

People brought together in societies often do not share culture, language and religion. The Dalai Lama suggests that basic human values and a common, interdependent human condition can be relied upon in order to develop an ethical awareness that will benefit all.

The book focuses on the development of individual ethical thought, speaking and action as the means to bring humanity (over time) into greater harmony.  He proposes that a good and right secular ethical system can stand alone. He likens this fundamental ethical system to water, without which no-one can live. When this basic system of ethics is adopted by a religious person, it becomes flavoured (and possibly more nourishing) like tea — but it is still possible to live without tea.

The essence of all this is that personal awareness of individual core values can be considered, developed and enhanced outside the context of any specific religion. Core values are those ethical beliefs that we are prepared hold onto ‘come what may’. It may be surprising how wide agreement on basic human core values is across all cultures and religions.

Some of the ethical values that seem to be first nature to most good-thinking people are:

Just contemplating such a list (or preferably one’s own list) a few times per day would maintain focus on behaviours that do no harm and benefit all.  Any religious or god context placed around a person’s ethical beliefs and behaviours should be consistent with these most basic of human values.

The key but unfortunately long term objective is for people to seek out the essence of what is good and right in other individuals, rather than to pre-judge them by their membership of a group or their religious or cultural labels. The fundamental ethical elements of human nature are ultimately common to everyone, irrespective of the religious or cultural context.

There are many in society however who, for a multiplicity of reasons, including radicalisation, will continue not to subscribe to these fundamental human values. In the meantime, innocent people will need to be protected. The challenge is to know what forms of protection can be most effective, yet are still measured actions, limited in their departure from fundamentally good and moral human values and behaviour.