Greens gear up for their “best chance ever” in Batman, with Alex Bhathal taking on Labor’s David Feeney 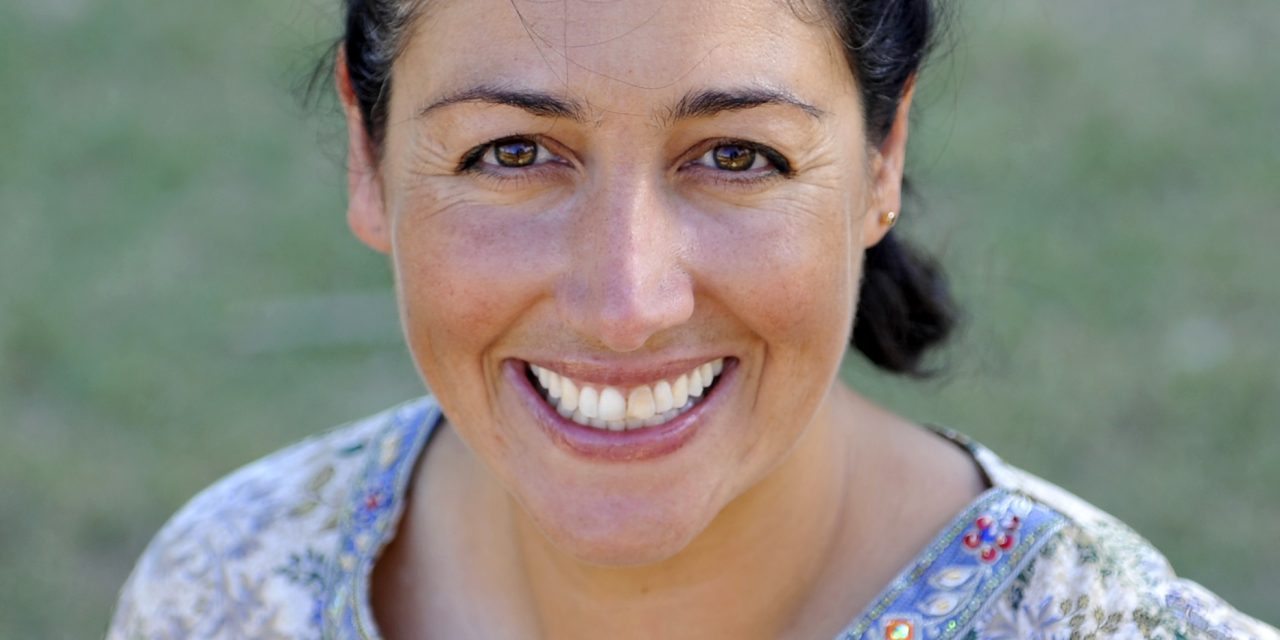 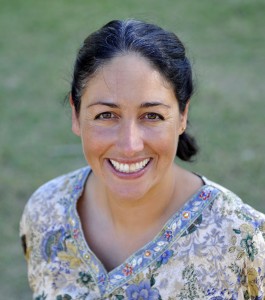 I met Batman’s Greens candidate, Alex Bhathal in a café in Brunswick St, Fitzroy – a couple of doors down from her work, during her lunch hour. Bhathal is an imposing figure, at least 1.8m – and gracious, considering I forgot to press record for the first 5 minutes of the interview. We started again…

Favell: So, how did you get involved in politics?

Bhathal: My interest in politics stemmed from the early 70s. I remember the Whitlam campaign really clearly. I was quite fascinated. Whitlam was elected. I was eight and about three months later my dad came home from work early, which was unusual. He got dressed up in his best clothes and retied his white turban, which he always wore. I asked mum, what’s he doing? She said he’s going off to the Camberwell Civic Centre to get his Australian citizenship, because the government has changed and they have lifted the White Australia Policy. I remember thinking this is very important and that started my great interest in Australian politics.

On my first day at uni I signed up to the ALP club. After three years I found myself disillusioned with ALP politics, particularly their decision on uranium mining in Western Australia. I then got involved with the peace movement, the anti-uranium movement, environmental issues. I chose my career on the basis of changing the world for the better.

Favell: And what is your career?

Favell: How did you end up as a candidate for the seat of Batman?

Bhathal: In 2001, after years of watching the Greens from the sidelines – I was actually breastfeeding my oldest son, he was a little baby – I was watching the whole Tampa episode play out on radio and television. I just said, there are very few voices in parliament standing up for what Australia should be doing, and one of them was Peter Andren, the independent. I sent a letter of support to him – and I joined the Greens.

Favell: Do you think David Feeney (Labor candidate) would be worrying about the Greens’ chances in Batman?

Bhathal: We’ve definitely got the best chance we’ve ever had, at this election. That’s on the basis that in 2010 there was an 8{17ac88c265afb328fa89088ab635a2a63864fdefdd7caa0964376053e8ea14b3} gap between Labor and the Greens. That amounts to about 7000 votes in the electorate. There has been demographic change as well – a lot of younger people and more progressive voters have moved into the electorate.

Favell: What about you being out there campaigning at the last four elections? Does that help your chances?

Bhathal: I’m not sure whether having run so many times helps or not. In terms of my own knowledge of the electorate, I have campaigned on so many different issues over the 20 years I’ve lived here. I think that gives me a lot of advantages – and massive networks as well.

Favell: Friends of mine are worried about voting Greens, because then Labor mightn’t get enough seats and Abbott could win. What do you say to people who may be feeling afraid of Abbott?

Bhathal: I say two things to them. One is that the Greens have got a track record. When there was a hung parliament we helped to deliver Labor the last government. And we got a lot of life-changing concessions including the carbon price, the Clean Energy Finance Corporation funding, which is very large and will boost Australia’s renewable energy industries and Denticare for 3.4 million Australian children. So the gains we got from (former Labor prime minister Julia) Gillard are significant.

The other thing I’d say is the Greens are desperately concerned about Tony Abbott as well, and we will be doing everything we can to make sure he is not in government. We also will not back down and acquiesce to his policy agenda. We can’t say the same thing about Labor, unfortunately. So if you really do want to stand up against Abbott and his policies the Greens are your alternative.

Favell: But the hung parliament has been reported as chaotic and unfunctional…

Bhathal: I don’t see that myself. I think Julia Gillard was able to negotiate with the cross benchers in an effective and harmonious way. As far as the Greens are concerned, the hung parliament is a good thing for the environment. It enables us to negotiate to get outcomes. A lot of Australians actually support a hung parliament.

Favell: I see people on Twitter and Facebook saying they won’t vote Greens because they do deals and preference Liberals. Is this true?

Bhathal: We have never preferenced a conservative candidate over the ALP in Victoria, ever. We are quite different from the ALP, who have delivered us the Family First senator (Steve Fielding) who undermined them and made it difficult to get things through in the first term of the Rudd government. ALP have also delivered a DLP senator, John Madigan, who will potentially hold the balance of power in the next government.

The ALP, I think, is actually is trying to deflect attention away from its own deals with the Liberals in saying these things. This allegation is thrown at us each election and there’s no evidence for it. I encourage everyone to check the How to Vote cards on the AEC website and the Greens website. You can see for yourselves where our preferences go. We always publish our How to Vote cards.

On preferential voting our Greens founders in Australia did us a huge service by choosing the form of voting which leaves the power in the hands of the individual voter. There’s no need to follow the party ticket, especially if you are an ALP voter and you find yourself having to vote for the DLP or Family First. Why would you? You should make up your own mind.

Favell: What are some of the really key issues right now in Batman?

Bhathal: Public transport and transport in general is an issue from the south of the electorate to the north. Our roads are clogged with traffic. More people are trying to catch public transport, but we need more services on existing routes and new public transport routes. An example is the Chandler Highway bridge situation, where there’s only one bus that goes across. That contributes to a lot of the car traffic on that bridge. That’s a clear case where we could add additional public transport routes very quickly.

The recent cuts to single parents’ payments have hit a lot of our disadvantaged families in the electorate hard. That’s a $90 a week reduction in income. It represents a quarter to a third of people’s incomes a week.

Favell: It did seem strange when Labor brought that in …

Bhathal: Well it was originally a coalition policy, first mooted under John Howard. And it’s taken a while to deliver the policy, but yes, the Greens were absolutely adamantly opposed to the ending of that payment.

The lack of childcare places in the electorate is a big issue. At the other end of life, trying to get people into aged-care services is another issue. The lack of a 24-hour medical clinic in the electorate has been a big thing for me for 10 years. When PANCH (Preston and Northcote Community Hospital) closed we were promised a 24-hour health clinic and it never eventuated.

Bhathal: I’m surprised too. The electorate’s got 140,000 people living in it. It’s clearly a missing service that creates distress and problems for families around the electorate.

Another key issue is crowding at Northcote High and Thornbury High. They’re popular, excellent schools. If we bring forward the money from the Fair Schools Funding reforms to 2014 as opposed to back-ending it to 2017, then children in this electorate will benefit immediately.

Favell: We have lovely creeks in our area, like Darebin and Merri. But they get choked with litter after heavy rains, don’t they?

Bhathal: Yeah, I’ve spent a lot of time down at the creeks. I’ve been involved with both friends of the creeks groups over the years. What we desperately need is a national container deposit scheme. Earlier in the year for Clean Up Australia Day I cleaned up a site on Darebin Creek which was just disgusting. I got rid of 10 enormous bags full of rubbish over three hours, with some neighbours. It was sort of a fun thing to do and it looked fantastic, but six months later it’s almost returned to the same state. I’ve rung the council to get rubbish bins put in, but we are never going to solve the problem until we get a container deposit scheme.

Favell: Philip Sutton, the Batman candidate for the Save the Planet Party, said the Greens are chasing the soft Green vote, so as not to appear too extreme.

Bhathal: Appearances are nothing to do with it. It’s about the reality of our industrial energy complex. We need to massively invest in and build Australia’s renewable energy industries. We are currently trying to boost the Clean Energy Finance Corporation Funding by an extra $10 billion over 10 years. And we are trying hard to get the mechanisms in parliament to quickly get Australia on a path to zero net emissions by 2050. We want to achieve 90{17ac88c265afb328fa89088ab635a2a63864fdefdd7caa0964376053e8ea14b3} renewable energy by 2030. These are targets we have taken the advice of experts on, that we believe are realistically achievable.

Favell: I read that you are advocating for the electorate name of Batman to be changed to Barak.

Bhathal: Yes, William Barak towers as a 19th century person in Melbourne. He was a hugely talented Wurrundjeri leader, a ngurungaeta who was able to reach out and mediate between cultures, even under such dreadful circumstances for his people. I see him as a leader who people could look up to and I just don’t think the same of John Batman. When I read Batman’s journal, in his own words, of shooting tiny children, toddlers, at point blank range, I just went, oh, the guy has murdered tiny children. I don’t think we should be naming seats after people like that. I don’t have any particular influence to change it. It’s a personal push of mine.

Favell: What do you think locals can do to help our planet, in day-to-day life?

Bhathal: I’m really inspired by a lot of people in the electorate. Like elderly migrants in the far north, who walk to the shops and take their own bags and grow their own vegetables. Growing your own food, conserving energy use and being circumspect about the kind of travel you take are extremely important in terms of carbon emissions.

On the other hand, Darebin City Council has a big project to get a community solar project up – and I think these sort of structural-level changes which don’t rely on individual behaviour make it easier for us all. Yes, it’s one thing to try to live green and make all the changes yourself, but we face so many barriers because of the systems we live in. That’s why I run for the Greens, because it’s about changing the structures of the systems, to make it easier.

I caught up again with Alex Bhathal and asked her opinion on the LNP’s decision to preference Labor ahead of the Greens.

Bhathal: Look, without Liberal preferences it’s going to be very hard to win Batman this time. But you never know. Liberal voters might decide to back me because they know what I stand for and they’ve known me for 12 years, doing things in the electorate. But I believe Abbott’s done us a favour in many ways. This is the most progressive seat in the country. It has the lowest conservative vote. This means that when the Greens win Batman in two or three electoral cycles, we will win the seat in our own right on primaries.