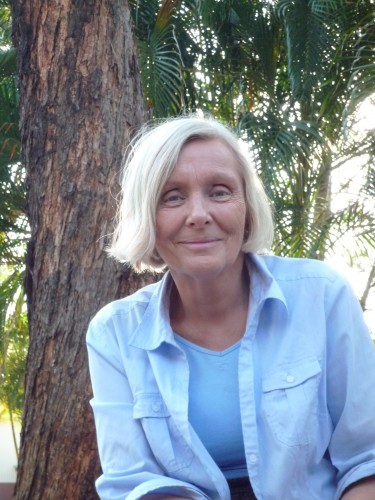 Saturday September 7 is World Endangered Species Day – beautifully timed for an election in which ‘the environment’ (euphemism for the world that is our home) has barely rated a mention.

“Where,” I ask Greens candidate for the seat of Forde, Sally Spain, “is the environment in the 2013 election?”

We are sitting on an aluminium school bench in a primary school playground where Spain has been teaching for the day, shaded from the afternoon Queensland sun by a mash up garden of gums and palms.

Spain is a litany of statistics and understated passion, delivered in her quiet, rhythmic way.

“The whole debate is a murdochracy of boat people, with very little mention of other issues.”

She is of course speaking of the missing big picture climate change debate. I ask about ‘micro’ concerns, like ‘the bush’.

And here Spain, who grew up at the juncture of three federal electorates on the nearby Coomera River, and at 63 lives there still, is in her element.

“70 per cent of coastal lowlands in south-east Queensland have been cleared,” she says.

“The entire electorate of Forde was, and still is in parts, extraordinarily rich in biodiversity. This region is vital in planetary terms. It’s where sub tropical meets cool temperate. The Gold Coast is Australia’s sixth largest city – and its most biodiverse. The place used to be teeming with animals and we’ve driven them out. Australia has the highest mammal extinction rate in the world. There were 10 million koalas in this country when we got here, we’re now down to less than 100,000.”

“We have new vegetation legislation under Campbell Newman that is utterly appalling. If a species is not on the registry, then it’s a free for all for land clearers – yet we’re still discovering 50 new species a year in this state. Bad luck for them in Queensland. It’s a warning of what’s going to happen if the conservatives get their hands on Canberra.”

Infrastructure is a massive issue in Forde, where the M1 motorway from Brisbane to the Gold Coast funnels 26,000 commuters a day to jobs not in Forde and, even at 10 lanes wide locally, is often choked.

I ask Spain how wide a road can go?

“I think this is reasonable – and while I hope it doesn’t turn out like this, we’re on track for south-east Queensland housing a quarter of the Australian population by 2020. The environmental and social infrastructure for that is just not here.”

I put to Spain an observation that The Greens have attained ‘mainstream party’ status – I wonder if they’re spreading their resources too thinly across the political landscape and thus losing sight of their primary focus, ‘the environment’.

“We are fielding candidates as representatives in the national parliament,” she says. “We have to have policies on all matters that come before the parliament, from military to economics. The reality is The Greens are still the only party that talks about the environment as a priority.”

“If you want social or environmental justice, then we give people an opportunity to register a vote for these things first, then let their preferences go where they choose.”

“It’s impossible to predict,” she says. “Democracy by opinion poll evades policies and shapes public opinion – it’s highly suspect. But the party most likely to prioritise social justice and the environment has to be Labor.”

Listen to ‘how states are failing on environmental protection’ on this morning’s ABC Radio National’s Breakfast program.