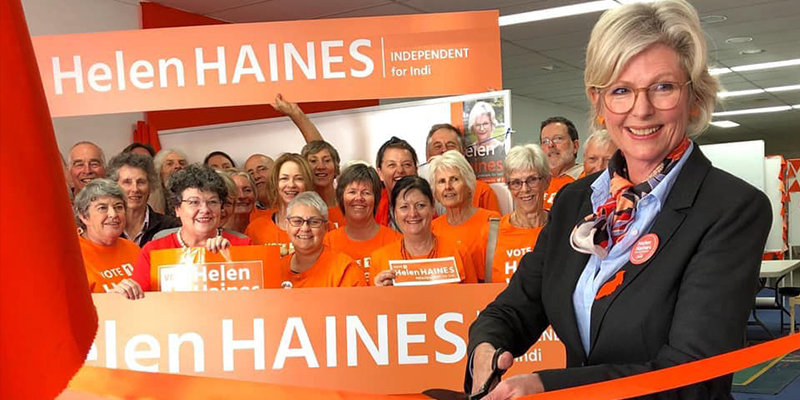 Helen Haines (@HelenHaines1) was chosen by supporters of Voices 4 the successor to Independent MP Cathy McGowan to contest the federal seat of Indi in north-east Victoria.

Margo Kingston (@margokingston1) caught up with Helen Haines for the No Fibs podcast and spoke about Helen’s passion for Indi and her involvement in the Voices for Indi movement in 2013 which led to the election of independent Cathy McGowan.

Sometimes we don’t understand the real power we have within our own communities until we start to rouse.

Helen Haines spoke of her intention to sign the Politicians’ Pledge, which is a joint campaign launched by The Sydney Morning Herald and the St James Ethics Centre.

Helen’s campaign is attempting to take on big-budget campaigns of the major parties, so has a call out for support to help her team raise an additional $50,000 in donations to fund some advertising.

Never underestimate rural and regional Australians, who are some of the most innovative and brightest ideas have come out of the regions, and in terms of a new way of engaging with our democracy, Indi has led the nation and I am so proud of it.