Most candidates in NBN-connected Wills reckon Labor got it right: @takvera interviews 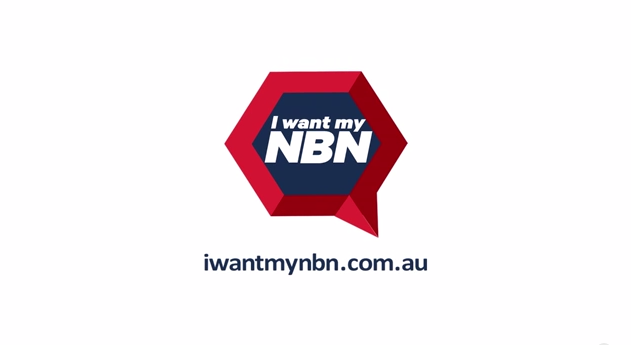 The Wills suburb of Brunswick was the first metropolitan pilot site for Labor’s NBN in 2011.

The world is changing rapidly with large movements of digital information, requiring faster internet speeds to deliver content to meet our needs (see Steve Jenkins and Lachlan Hinds article on Why is fast, reliable Internet so appealing?.

Kelvin Thomson and Deputy Prime Minister Anthony Albanese held a successful launch at the completion of the pilot project at Brunswick neighbourhood House a few weeks ago.

It was wonderful to have @AlboMP @KelvinThomsonMP @Jane_GarrettMP Visit BNH today & switch on more homes to #NBN.

“From my point of view the NBN rollout in this area and places like Gowanbrae and so on which are scheduled to go to soon is a high priority because of in terms of both business competitiveness and keeping Australian businesses and local businesses competitive and also the education side – opportunities for young people. It is a really important piece of infrastructure and I’m going to see the rollout happening as soon as possible.” said Thomson in an interview I conducted on August 2.

He accused the opposition scheme of fibre to the node (FTTN) of being “a second rate, even a third rate approach”.

Fibre to the node relies on using the old telstra copper wires from the node (similar to Telstra pillars near street corners) to your home for data. One of the issues with this is the copper network is old and deteriorating and you can’t get the high data speeds from the copper wires. This results in a substantial bottleneck. There is also the extra cost of building the nodes, each with its own power supply. To avoid this bottleneck, you will have to pay to upgrade the connection from the node to your house as optic fibre.

How do the Labor and Coalition NBN plans compare? The choice is easy. #NBN #AUSpol http://t.co/5E2DTRHL8C #nbn #fraudband

Other candidates I spoke to also thought Labor’s fibre to the home was important infrastructure for the future and was strongly favoured over the Opposition’s much slower speed hybrid option of Fibre to the Node (FTTN).

Tim Read for the Greens said: “Full marks to the ALP for sticking to their guns on this one. They’ve backdowned and backflipped on far too many things for my liking, but credit where it is due. This is something they have done well.

“There are a lot of things we could do quite reasonably on the cheap, but not this. I think that if you are going to build a broadband network, it is going to be good only if there are no bottlenecks…it has got to be fast all the way through. Fibre to the node and whatever Malcolm Turnbull was in favour of is going to be almost as expensive and not nearly as good. I just think this is the way to go, these are the roads of the future and we might as well build a good set to start with. Good job creation.”

Dean O’Callaghan, running as an independent, has two degrees in computer science and Information Technology from RMIT, so knows the value in the information economy with high speed data.

He told me, “I think the Labor proposal makes much more sense. It’s future proof…well nothing is future proof, but it is going to benefit all of us for much much longer than the quasi solution that the Liberals are proposing.”

Callaghan highlighted Rupert Murdoch’s interest in using his media empire against the Labor Government to forestall a major platform for competitors to his Foxtel Pay TV network:

“My opinion is Labor, NBN, great idea, keep rolling it out in high density areas and there will be some really great lateral solutions to make the rollout much cheaper to remote communities if they wait a little bit longer.”

Margarita Windisch from Socialist Alliance welcomed Labor’s Fibre to the Home NBN Infrastructure project, but said Telstra should never have been privatised and should have done this essential infrastructure upgrade to the telecommunications network. “I think everybody should have access to high speed internet. That seems a better option than the Liberal Party. Really, one of the big problems associated with that was the privatisation of Telstra. We actually think that network construction should be publicly owned.”

Adran Trajstman from the Sex Party was also on board with the NBN rollout of Fibre to the home:

“We do support broadband. It is important. It is the way of the future. When you have people saying that lightning fast internet is a bad idea, I think they are stuck in the 80s or early 90’s. We do need to move forward as a nation. When I heard this was being installed in Brunswick I was personally stoked.”

Comments were sought but not provided from Anne Dufoulon (Palmer United Party) and Shilpa Hegde (Liberal candidate). Concetta Giglia (Family First) could not be contacted.

In my opinion, If Tony Abbott’s Liberal Party achieves Government we will get a second rate hybrid FTTN system at a slightly reduced upfront public cost. But for most citizens, if you want to ensure the high speed access through a fibre connection to your home, you’ll pay through the nose for the priviledge. Read Steve Jenkins article on Turnbull’s Triple NBN Tax.

Under Tony Abbott and Malcolm Turnbull’s plan for the digital future those with money can purchase high speed access to enjoy a wealth of online opportunities, while the plebians and ordinary citizens are mostly stuck on relatively slow data speeds and continue paying their subscriptions to Murdoch’s Fox Pay TV network.

Declaration: The author worked for Telstra for 31 years to 2005, the last 15 years of this in information technology and content administration roles, with a broad understanding of the growing importance of high capacity data communication.