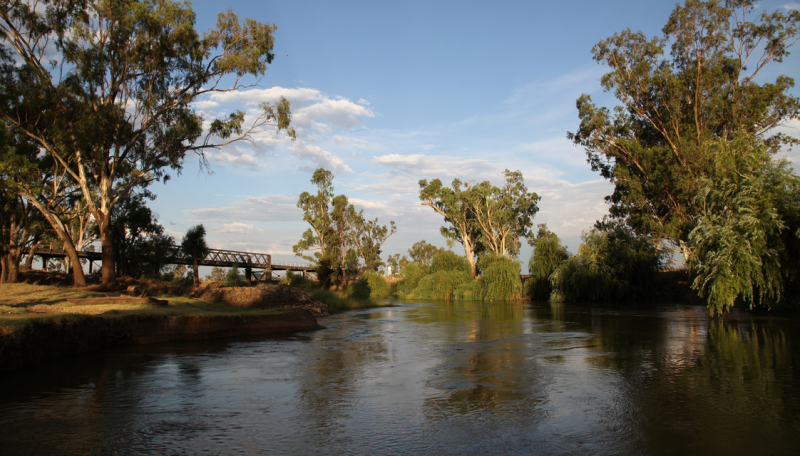 This is an SOS call for help to save Leard State Forest which is likely to be bulldozed this month. Two large coal mines have been approved to destroy 3400ha through the middle of the forest, which will lead to the decline of up to 28 threatened species, a critically endangered ecological community, and emissions of approximately 60 million tonnes of CO2 released into the atmosphere each year.

The federal environment Minister Tony Burke approved the mines in February 2013. That approval was challenged by the Northern Inland Council for the Environment in the federal court, based on allegations that the minister in his determination did not adhere to the requirements of the The Environment Protection and Biodiversity Conservation Act (EPBC).

The court finding released on the December 20, 2013, gave both mines the green light to proceed. The court outcome was extremely disappointing as this campaign has been going on for nearly four years and all the evidence provided by public submissions and independent ecologists has been ignored.

We need more people to speak out and demand that both the state and federal governments stop the clearing and investigate the use of false and misleading information to get the mines approved. They are legally required to investigate our allegations, and that investigation must be transparent. We have heard on the grapevine that some internal investigation is happening, but we have been told nothing.

The conditions of approval stated that the offsets must be of the same vegetation community and habitat as that destroyed in the forest, and must be of equal to or better quality. The vegetation community being cleared is highly significant, being 1100ha of the critically endangered ecological community (CEEC) of Box-Gum woodland that provides habitat for 28 threatened species of plants and animals. The listing of the Box-Gum community states that only one-thousandth (or 0.1 per cent) of its original extent remains intact.

I have assessed the degraded grazing and cultivation properties purchased by the Whitehaven and Boggabri mines to provide the offset vegetation community and habitats for threatened species. I found that creative accounting had been used to overstate the habitat value and area of habitat on the offsets, and the majority of the Whitehaven offset properties had been falsely mapped as White box woodland critically endangered ecological community (CEEC).

The same Whitehaven properties were independently reviewed by two other ecologists, both found the vegetation community to be Stringybark open forest, not the same White Box woodland CEEC which occurs in the Leard Forest.

The use of highly disturbed offset land to compensate for the loss of known threatened species habitat is a highly contentious issue in science circles; even the best examples are unlikely to achieve a no net loss outcome or equivalent habitat in the long-term.

This case is the worst example with no scientific credibility, where Stringybark open forest has been mapped as grassy White Box woodland CEEC to get the Whitehaven mine approved. The habitats of the offset properties are also vastly different to those in Leard forest that will be destroyed. The Whitehaven offset properties are located in the Nandewar bioregion on the Nandewar range mostly above 900m altitude, whereas the Leard State Forest is in the Brigalow belt south bioregion at 300-400m elevation. The consultant who did the work for the mines is now under investigation for misconduct by the industry body Ecological Consultants Association.

Leard State Forest is of special significance for bat and bird conservation. I have harp-trapped extensively across the east coast, tableland and western slopes and plains of northern NSW, nowhere else have I trapped the same abundance and diversity of bats as I do consistently in Leard forest.

My last monitoring using two harp traps on forest trails on the December 15, 2013, broke the previous record with 246 bats trapped of ten species in one night. Ten species is not unusual for Leard, I have had 12 species before and all told 16 species have been recorded including the threatened species Chalinolobus dwyeri, Saccolaimus flaviventris, Miniopterus orianae oceanensis, and Nyctophilus corbeni. Others of significance recorded are Chalinolobus picatus and Vespadelus troughtoni.

I question why the forest has such amazing diversity and abundance of bats.The only possible explanation I can come up with is that it is old-growth box woodland that has in excess of 100 hollows per hectare and it is a productive soil type. Nyctophilus corbeni and Chalinolobus picatus are good examples of threatened species that will not be compensated by the offset properties of Stringybark open forest at high altitudes, both will definitely decline.

Likewise the diversity and abundance of woodland birds is a real feature of Leard State Forest, with 14 threatened woodland species having been recorded. Leard State Forest provides significant habitat for Barking Owls, they will likely leave the forest when the mines get going. Woodland species such as the Turquoise Parrot, Grey-crowned Babbler, Painted Honeyeater, Brown Treecreeper, and Speckled Warbler will not find suitable habitat in the offsets, all of those will decline. Another species that will definitely decline is the Pale-headed Snake, it would not occur in the Whitehaven offsets.

The approval of these mines shows how low our planning regulations have sunk, where tokenistic tick box assessments are not scientifically reviewed, and nothing is off limits that can’t be offset.

Conservation groups have decided it will be the line in the sand, people are lining up to be arrested, nine were arrested in protest action before Christmas and more are likely in the coming weeks.

The Maules Creek community has grave concerns about their health from the tonnes of dust that will settle over the area, and they fear for their water supplies as the water table is lowered. The sense of community will be gone, the aesthetics of their quiet valley will be shattered, they will be left with the legacy of two huge holes in the ground. The Gomeroi people have similar concerns and are also fighting the mines, as the forest has significant cultural heritage values. If these projects go ahead they will set a shocking precedent for environment protection across the nation.

This really is the death knell appeal that I am sending out in the hope that more people with environmental background will speak out and demand both the federal and state governments to stop the mine construction until our allegations are independently investigated.

Individuals can write, email, or phone the prime minister, or premier, or environment ministers (preferably all of them) asking them to intervene to stop the clearing and conduct an independent investigation immediately. The contacts are below. Please circulate this letter to folk you think would be interested.

The ANZ bank are financing the Maules Creek mine, letters to them will add further pressure on them to reconsider their credibility.
www.anz.com

Whitehaven should also be feeling under pressure, contact them at the address below.

It would be great if you could inform me of the actions you take, or cc my email address, as we intend to compile a list of those supporting our campaign that we will use to demonstrate the broad support we have.

Thankyou for your assistance, people power can still save the 3400ha of forest and millions of plants, birds, mammals, reptiles and frogs.

Phil Spark
President of the Northern Inland Council for the Environment Inc.

Not recorded but suitable habitat present for

Greg Hunt MP
Member for Flinders
Minister for the Environment