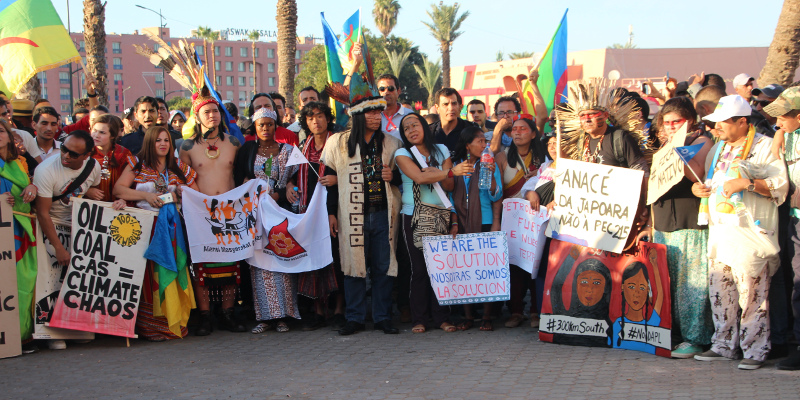 It has been a busy first week attending the UN Climate conference COP22 as an observer, with the end of the week culminating in the first ever climate march in Marrakech today.

There are a myriad of activities going on at the Conference of the Parties (or COP for short) and in the city generally, so you need to keep a focus. As I have NGO observer credentials, my main focus is in the UN Blue zone. I have attended negotiating sessions, press conferences, side-events and Australian delegation briefings.

Impact of US election on climate negotiations

There has been much said about the shadow of the US election on the climate conference and what a Trump Presidency might mean moving forward. The diplomats here had their heads down as there is a substantial work schedule for working out the finer details and rulebook of the Paris Agreement. In fact I have heard extra sessions have been put on: there is a real appetite to carry through with the Paris Commitment. It has naturally affected the mood, but the momentum for action is still palpable. In warnings by China to the US on climate action (Financial Times) we can already see China stepping up in a leadership role. I don’t think India will be far behind.

The ratification by Australia of the Paris Agreement and the Doha amendment to the Kyoto Protocol actually brought a small cheer in CAN daily meeting, for it’s timing, almost immediately after the US election result.

I attended two sessions of relevance. The first was the US climate Action Network on climate policy after the US election

The second session was on Investor perspectives: beyond Paris and the US election.

Now I know that groups at both these press conferences have biases, but it seems clear to me that climate action has become too important, with too much momentum behind it to be derailed by a climate denialist US President. It will dampen down action in the US, but I think, little else. There is just too much invested already in global decarbonisation and the multilateral process through the UNFCCC.

How much action do we need?

Will that decarbonisation be fast enough to avoid dangerous impacts? According to Carbon Tracker Strong ambition needed to meet 1.5C #ParisAgreement Target. We don’t have the climate plans in place yet and time and opportunity is quickly fading away to be able to meet the Paris temperature commitments.

I participate when I can in CAN daily meetings and have volunteered with CAN assisting in filming and social media for the Fossil of the Day Awards (Facebook) run by Climate Action Network (CAN). This keeps me busy for a few hours each evening, when there is a nomination.

I also took my turn on the 6 member editorial board, drawn from around the CAN Network each night, of the daily ECO newsletter. My turn was last Monday evening.

There was no time off on Saturday either. First I attended the SBI Multilateral assessment session where Australia was under the spotlight. I then attended with Australian civil society stakeholders a briefing with the Australian ambassador and members of the negotiating team. After that, it was off to the CAN daily meeting, followed by the annual CAN assembly – the decision making body of members. I was one of two present representing the Australian node. I didn’t leave the conference venue till after 8pm, and Saturday night was when the CAN party was on, a chance for everyone with conference credentials to relax and let their hair down a bit. I managed to get back to my hotel sometime after 4am, paying an exhorbitant taxi fare (but really quite cheap by Australian fare standards).

I had a real quandary for Sunday. I could have the whole day off and maybe do some catch up writing (and sleep), become a deep climate policy wonk and go to the CAN strategy session; or join the climate justice march. I chose the latter. 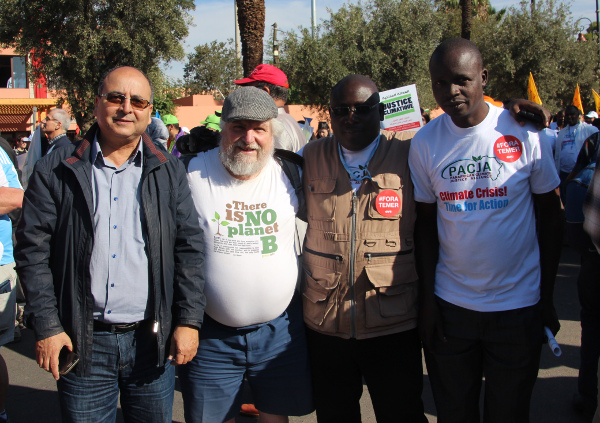 Today Marrakech witnessed thousands marching through the streets for climate justice. It was a first for a major climate march in Morocco. Here is my storify of Marrakech first ever Climate march composed from peoples tweets and social media from the day. 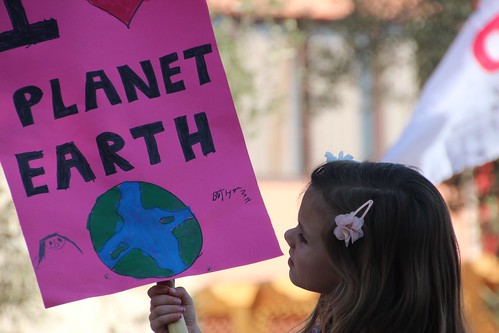