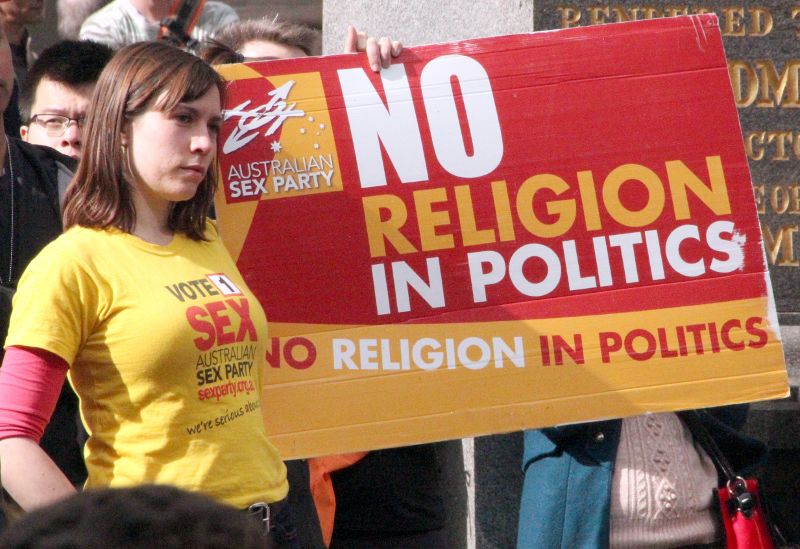 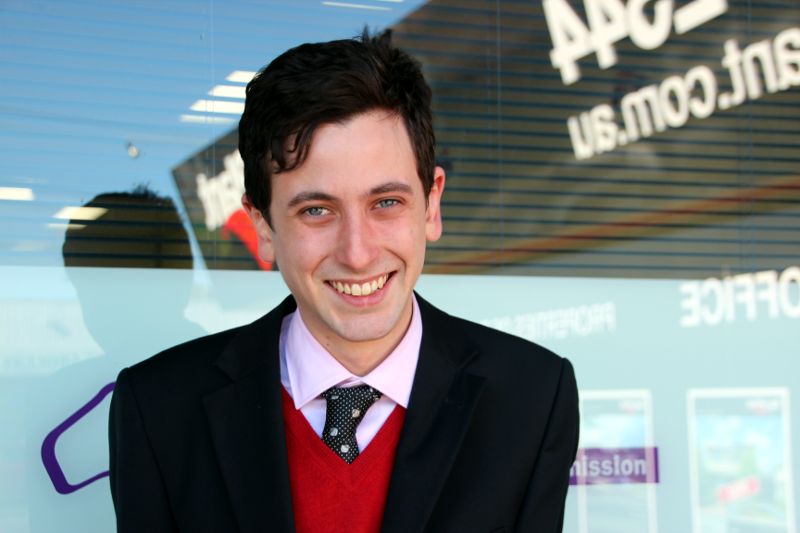 As a minor party candidate in Wills, Adrian Trajstman’s main role in this election is to publicise the policies of the Australian Sex Party and to promote Fiona Patten’s Victorian Senate campaign. I caught up with Adrian at the Edinburgh Castle hotel over a drink and talked about issues and his party’s policies.

The Australian Sex Party is a progressive civil libertarian party that was founded in 2009 by former sex worker and CEO of the Eros Foundation, Fiona Patten. It is an attempt to push back at the influence of conservative religious oriented parties like the DLP, Family First and the Christian Democratic Party.

Adrian has a Bachelor of Education degree, but chooses to work as a supervisor in a call centre. He lives in West Brunswick and does not own a car on environmental grounds, instead relying on public transport. He is heavily involved in Melbourne’s indie electro pop music scene, playing with numerous bands since 2003. He has an active Facebook campaign page (See Social Media in Wills).

I asked Adrian why he got involved in the Sex Party. He replied, “I saw Fiona Patten’s debate with Wendy Francis from Family First on Sunrise. I found Fiona’s voice to be very refreshing. I thought she was saying some darn sensible stuff. After watching that interview I went onto their website, checked out their policies and worked out that I agreed with every one. I felt that Fiona’s voice was one that I’d like to hear in parliament.”

I asked Adrian to explain the main policies of the Australian Sex Party for this election. He responded:

Primarily we are a civil liberties party. We are about personal responsibility, freedom of choice, and the right to be individual. The vast vast majority of our policies, if not all of them, concern civil liberties. For example we are pushing heavily at the forefront of our policy platform this federal election for same sex marriage. We need action on that.

We are pushing for drug law reform, legalisation, regulation and taxation of cannabis and the decriminalisation of all drugs for personal use. We want to see that treated as a health issue not as a criminal issue. With regards to cannabis, in Australia it is a $3 billion to $6 billion industry. We’d liked to see cannabis taxed and that money going back into helping balance the budget.

Another big one we are bringing to the federal election is voluntary euthanasia and dying with dignity. The morals of a very conservative few shouldn’t mean that people have to endure or finish their lives in suffering. We want people to be able to die with dignity and regain control of the story of their life.

I asked Adrian what he thinks are the two main local issues in this election that affect the residents of Wills.

In regards to Wills specifically, health is a big one. With health I would like to say drug law reform and specifically taxation of cannabis. I know that cannabis is smoked in Wills. I am happy to go on record that I have smoked it, I have enjoyed it and I will smoke it and enjoy it again. I don’t think there should be any shame in that…

Also more a State issue is that public transport and transport infrastructure could be vastly improved. There have been so many mornings when I’ve tried to catch the 55 tram [West Coburg] down Melville Road and I’ve seen the first one go past. And the second one go past five minutes later as promised. And the third one go past 5 minutes later, all chock-a-block. I’d like to see more funds directed to public transport infrastructure as opposed to the East-West Tollway.

I asked two questions relating to the Gonski reforms and funding of tertiary education. Adrian commented, “The party hasn’t publicly commented on Gonski reforms. I personally do feel though that education is very important.” He outlined the party education policy areas:

Number one is a comprehensive developmentally appropriate sex education curriculum for children starting from kindergarten right through to the end of year 12, that addresses topics not being looked at or overlooked. Topics that don’t get a mention if at all. Topics like LGBQ, homophobia, abortion, sex for pleasure, different forms of sexual expression.

We also want to see a national internet education scheme for parents as opposed to any suggestions of ISP filtering or mandatory internet filtering or data retention. We would rather see parents equipped to be able to deal with what is out there and be able to supervise and educate their kids.

Adrian emphasised repeatedly that they are a new political party just starting, and valiantly attempted to answer my questions based upon existing policies and his personal views. In particular he stressed that, “We are a party of small business. We were founded through small business, and we would like to see support for small business.”

The party doesn’t yet have an environment policy but on climate change Adrian said, “In regards to this specific issue as a party we are supportive of market based mechanisms for dealing with carbon emissions. We do recognise and acknowledge that climate change is real and highly value the research done by scientists, and have a look at what the evidence is and take it from there.”

One of the central policy platforms the party has campaigned upon is gay law reform and marriage equality. “We are behind it 150 per cent, 5000 per cent. This is something I am happy and very comfortable talking about at length.” said Adrian.

I asked about how the party determines preferences and Adrian explained that they are negotiated taking into account supporting other minor parties first and then how parties compare with the main policies of the Australian Sex Party.

It might be a tight contest for those last 2 senate seats in Victoria between the Greens, the Wikileaks Party, the Australian Sex Party, Family First, the DLP and Liberal and Labor. 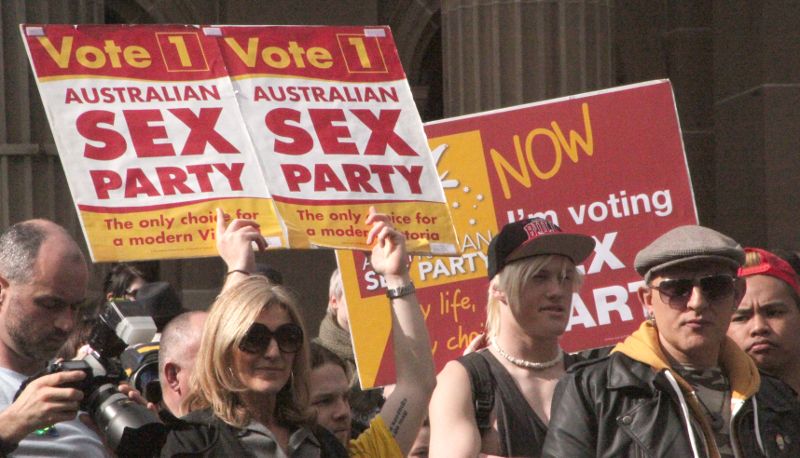