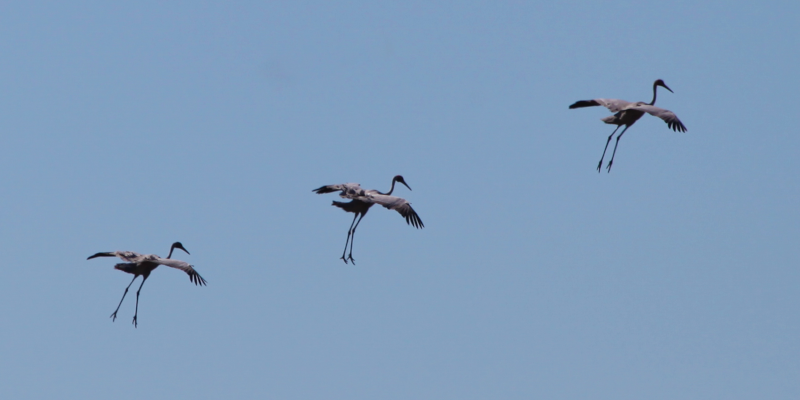 It’s been a while.

My last published piece was an editorial before the federal election. Two months later my plan to write an #IndependentsDay book ended when my mother was diagnosed with Acute Myeloid Leukaemia the day after my 60th birthday.

Solitude in the home my mother and I shared for 14 years. Solitude spent taking responsibility for my home now, for a little while, since Mum’s death, as I go through her papers and mine in preparation for me moving out and my home being sold.

Immersion in politics is my main distraction technique from occupying my own life. I have to do the latter now, run out of choices.

And in general, I reckon, particularly for those who live alone #coronavirusworld, a society built on distraction suddenly shifts to compulsory reflection. Hard.

Anyway, Peter Clarke called me out of the blue three weeks ago to chin wag. I got to know him a little when I came out of a 7 year hibernation from the internet to Tweet in late 2012 and former Webdiarist Tony Yegles built me the No Fibs citizen journalists website. Peter, then a media academic, agreed to become NoFibs’ media columnist for a while.

His wife Vicki is severely immunocompromised, so self isolation is extreme and meticulous.

His recipe for sanity in #coronavirusworld? His son Ivan and he built a little sound studio out the back of his home, and he’s begun a gig podcasting news to Asia commissioned by a Melbourne think tank.

What about doing a podcast discussing stuff in #coronavirusworld, I said. That might be fun.

Next thing I know he’s asked Tim Dunlop to join Peter and I in a weekly podcast.

Tim Dunlop! We lost touch many years ago, but he’s was an important influence on my professional life. I was introduced when he sent me a 7,000 word attempt to intellectually demolish the case for dairy deregulation early in the new century championed by the Labor Government and in particular Mark Latham. I didn’t know what to do with it so I published the longest piece ever under the Sydney Morning Herald banner, in Webdiary, then called Inside Out, on March 30, 2001 and called it Pull the udder one.

The result: a long refutation by an economic rationalist reader and a typical in your face, emotional counter by Latham. Oh, and dairy farmers around the nation distributed photocopies of Tim’s prescient piece.

Tim became a constructive critic of where I was going with Webdiary and his remarks triggered passionate debates among readers upon publication. When his wife was posted to the USA, he began his Road to Surfdom blog, which became indispensable during the Iraq War debacle. And in 2006, soon after Fairfax had crushed Webdiary and forced me to go independent and I’d retired ruined, he was offered a blog on the NewsCorp website – I was thrilled for him, and a little envious. Short lived, course – Tim was sacked when he dared critique a Denis Shanahan piece in The Australian newspaper. He’s now a full time writer.

In his fascinating 2013 book, The New Front Page: New Media and the Rise of the Audience (Scribe), Tim opened with a chapter on Webdiary, the only examination of my baby, a virtual newspaper on the pre-Facebook, pre-Twitter very new SMH website which I wrote, edited, and published reader emails and articles on from 2000-2005. (I dropped doing the PhD mentioned in my intro to Tim’s chapter extract because it was too painful for me to relive Webdiary’s demise.)

How could I refuse?

I’d decided after Mum died that I needed to withdraw hard from reading and thinking and tweeting #coronavirusworld. Yes, it was the biggest story of my lifetime, and yes, if I let it overwhelm my existence, not a new phenomenon, my life would collapse. Not something you want to happen in #coronavirusworld, because I knew someone would take responsibility for getting me off the floor and that inevitably that person would have their own #coronavirusworld upheavals to deal with.

So, as I’d tweeted so often when the the coronavirus upended the world as we knew it, it was a test of character and I had no choice but to step up.

Yet now, a chance to help create a new public space with two people I liked a lot and chat about ideas, abstract based on personal, because #coronavirusworld is everyone’s story now. Fun!

Peter is EP, sound engineer, podcast producer, logo beginner experimenter, the lot just about, and he’s having a ball. We’ve recorded our opener, and after a redo of the intro and closer tomorrow, we’ll be up Friday.

We have different conceptualisations of #transitzone and I’m interested in how that will play out. We’re receptive to each others ideas, which I like a lot. I don’t want a focus on the daily to and fro of political news. I find I’m over it, very weird feeling.

Predictably I’m into participant listeners. I want a small, engaged, partnership with listeners, and to me that means throwing out there requests for logo designs, topics, structure, anything. We have an email, [email protected] to receive feedback and input.

For the first episode, we each read a two minute audio essay we’d written on a #coronavirusworld topic we’re thinking about. Mine is below, and I’m wondering who might be an interesting guest who knows a lot about the meaning of “home” to have on. Ideas welcome :)

I think I might write a weekly blog after each episode on Non Fibs; my main man Wayne Jansson has agreed to publish them if I do.

We faced a sudden, evolving, question when #coronavirus ran around the world to occupy our lives. Where, exactly, is home, and why?

Nations asked their people to return home before they closed their borders. Citizenship the criteria – the legal right to belong.

Then all States except NSW and Victoria closed their borders. First Tasmania, SA, WA and Queensland said only residents of their states could enter after closure.

Then Queensland said even they would need a permit, and WA did a hard border closure – Western Australians could no longer come home.

In WA there’s a short exemption to visit a seriously ill relative or attend a funeral, so where your family and friendships are comes into play in the notion of home.

Yet it’s more than that. A friend was devastated when WA closed its border hard. She’s fifth generation of a pioneer family in the wheat belt, and she knows exactly where home is despite living in Sydney for 20 years.

Another friend says she belongs to three places  – Canberra, where she grew up and her parents live, Melbourne, where she lives, and the extended family’s holiday home on the NSW South Coast.

WA is the only State to create internal borders, five regions where residents must stay in place. In Qld, there was a push for a North Queensland border, and regional tourism towns told visitors, mainstay of their economies, to stay away, even those with a holiday home there.

Annastacia Palaszczuk asked us to stay in our suburbs, and I prefer to shop local now. I’m getting to know the supermarket workers, the haircutter and shoppers. Somehow social distancing and a common enemy makes life outside your house more intimate, and for the first time since I moved from Canberra to Nerang to live with Mum it began to feel like home.

Since she died in February I’ve been packing up her things and mine because my home will be sold and I’ll move to NSW, where my best friend wants me.

But I’ll always FEEL a Queenslander and I don’t  want her borders ever closed to me.