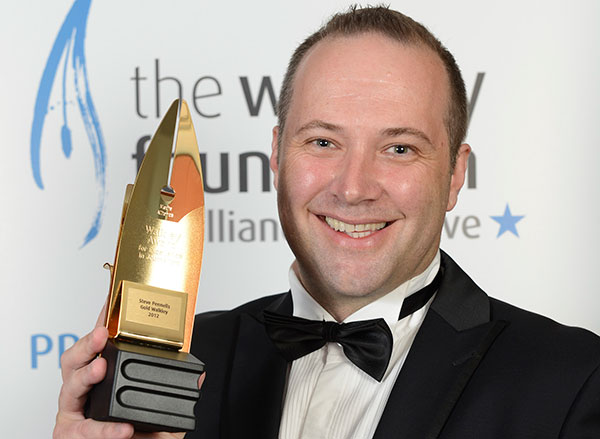 Gina Rinehart’s bid to have a journalist turn over secret sources was rejected this week by a Western Australian Supreme Court judge in a decision hailed as a win for press freedom.

But the judgment handed down on August 6 makes it clear we are still a way short of a proper legislative safeguard for source protection. And luck also played a part, since the so-called shield law that saved the day did not come into effect until after the action had started.

In a judgment that carefully navigates some perilous legal questions, Justice Pritchard made key findings that journalism is at its function in the public interest and it is an ethical obligation to protect sources’ identities if that is what has been agreed between reporter and source.

Importantly the ruling made it clear that a source can be both on the record and off, meaning that just because a source is identified in a story, it does not give a litigant a right to seek information provided off the record.

Recently introduced state-based “shield laws” protect a journalist and their employer from having to disclose sources and materials during certain types of legal activity. This has the effect of placing the profession in a privileged class, not needing to abide by certain court directions that would otherwise land them in contempt and potentially jailed.

But Justice Pritchard was plain in saying that the case would not set a precedent and shield law protections were “not absolute”.

The judgment rejected all arguments made by WAN and Pennells about the Hancock Prospecting subpoenas being an abuse of process or oppressive. Without the shield laws, Steve Pennells and WAN would have been ordered to comply, and until Pennells was dropped from the action quietly in May this year, he could have been jailed.

Any fair reading of the original subpoena suggests that Pennells and WAN were being put through an onerous and ambiguous wringer, but Justice Pritchard said it did not meet the high bar needed to be set aside by the court for abuse of process or being oppressive. Which means more of the same could happen tomorrow.

Justice Pritchard hammered home the reality that each quest for access to journalists’ sources must be considered case by case.

In some ways Justice Pritchard elevated the status and function of journalism to being in and of itself a public interest to be weighed against other public interests. Perhaps to forestall excited journalists from reporting on a brave new world, she said:  “I would, however, emphasise that the conclusion I have reached in this case is entirely confined to its facts” and “this case does not mean that a subpoena for the production of documents held by a journalist or his other employer could never be enforced.”

There are many things that a court has to consider to release a journalist from complying with legal directives that are unique to the case at hand, meaning that Pennells’ ordeal could be the first in a long line of actions. In fact, a sequel with a nearly identical script is coming up, with WAN’s part to be played by Fairfax and Pennells’ by Adele Ferguson, as Hancock Prospecting tries once more with a new round of subpoenas.

Pennells’ case shows is that source protection comes with forensic judicial oversight that traverses all factors relevant. By definition this means protracted and complex litigation, requiring silks, time and lots of money, and plenty of stress. So while legal protection exists for journalists, it is not protection in any practical sense given what they and their employer may be put through. The prospect is more dire for the humble freelancer toiling on their own. Independent publishers running close to the bone stand no chance.

Steve Pennells, Adele Ferguson and their bosses are fielding the blows to defend a public interest. A genuine right of source protection is an important one, and the practice has been proven to expose the corrupt, the wicked and the cartels. To have it tested case by case worked with Pennells, but it is not workable in any commercial reality. If this can happen to two of the country’s best journalists employed by the biggest, then no one is immune.

Miles Heffernan is a freelance journalist who started a petition on Change.org where over 35,000 asked Ms Rinehart to drop the legal action against Steve Pennells and others: http://www.change.org/en-AU/petitions/gina-rinehart-withdraw-your-subpoenas-against-adele-ferguson-and-steve-pennells-pressfreedom
Read More: