Standing with a nervous nation that still believes: @margokingston1 comments on #IndependentsDay #AusVotes 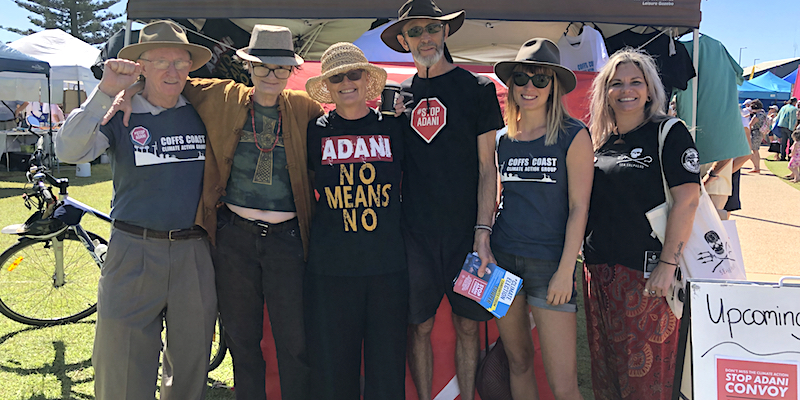 We await the people’s verdict on May 18, but I’m panicking.

It should have been a landslide. A deeply divided, deeply cynical, deeply corrupt government incapable of concerted action on climate change, protecting the rorts and lurks of the wealthy at the expense of the rest of us, bereft of policy ideas or vision, is in the hunt.

It’s easy to play the blame game: a massive, hard-right media apparatus spreading poison and downplaying or lying about Labor policy; a press gallery aiding — even promoting — an outrageous image makeover by the prime minister and incapable of piercing his smug, diversionary approach to questioning; an opposition leader incapable of selling a vision, an absolute must when Labor chose a crazy-brave, big-target agenda, and a lawless Facebook-promoted fake Liberal story on imaginary death taxes…

Yet here we are.

It’s funny, in a dark way, that Australian voters say over and over that we hate politics as usual, we hate the lies, we want politics lifted from the gutter, we want the focus on us, not political egos, we want collaboration. We say we hate growing inequality, we believe the system is corrupt, that climate change action is a top priority.

Yet when Labor produces a comprehensive program to enhance equality, to address climate change, fights a blatant tax-scare campaign based on four per cent of voters whose lurks the government has spent the campaign defending, we pause.

What’s happened here is that Morrison has, while in government, adopted Tony Abbott’s small-target plan from opposition in 2013. Fear and scare. Lies.

Make no mistake, if the government retains office, no political party will ever again be honest with the Australian people about its agenda.

Make no mistake, if the government retains office, moderate liberalism is dead. The hard right’s amoral tactics and divisive agenda will have triumphed.

We will no longer be a centrist democracy. We will have moved hard right, and, as in the United States, we will be less stable and less free.

And make no mistake, there will be no reforms to our democracy to make it more honest. There will be no donation overhaul, no serious national integrity commission, no truth in advertising laws, no caps on the outrageous spending by the Coalition in some seats to literally buy a win.

My niche this election has been in reporting and supporting quality Independent candidates in safe Coalition seats, seeking strong action on climate change and serious efforts to improve the honesty of our politics: Independents seeking to assert the central role of moderate liberalism in our nation.

It’s been an honour. In the main they are new entrants to politics, eschewing successful careers to have a go for Australia’s sake. Those who are competitive have been deluged by personal attacks and massive spending by the Coalition to prevail in a grotesquely unequal fight.

So, do Australians care enough to want to improve our politics? Saturday will tell the story.

I’ve watched United States politics for years now, horrified. I had thought the horror would never happen to us: the collapse of public ethics; the buying of politics and political decisions by big money and utterly vested interests; the demonisation of minorities; the mind-blowing inequality; the annihilation of truth; the descent of right-wing media into propaganda designed to instil fear and hatred into their audience — but it is here.

American politics will certainly have arrived if the government is re-elected.

I pray Australians get it right on Saturday. If we don’t, I’ll retire, again…

I still can’t quite believe that a one-man marketing shill — who’s hidden his team because he hasn’t got one, and hasn’t given voters any idea what they’re voting for in the next three years — can win.