Storms, floods and avoiding the dots on #climate in #ausvotes – @takvera 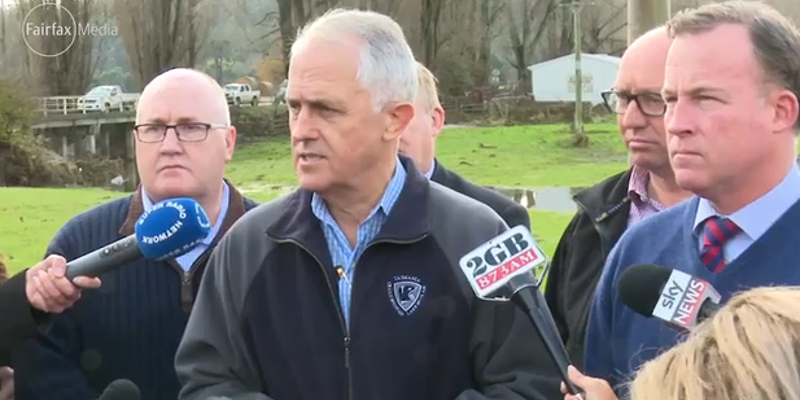 During a tour of flood affected areas in Tasmania on Thursday 9 June, the Prime Minister was asked a question (See SMH report) relating to extreme weather events and climate change:

Journalist: “Prime Minister, it is widely accepted in the scientific community and among insurers and infrastructure companies that climate change will affect the predictability, frequency and severety of natural disasters like this. Do you think Australians should prepare for more events like this happening more, or are you concerned that they will happen more with climate change?”

Turnbull: “Well certainly larger and more frequent storms are one of the consequences that the climate models and climate scientists predict from global warming but you cannot attribute any particular storm to global warming, so lets be quite clear about that. The same scientists would agree with that point. Having said that, it is very important to raise the question of mitigation, making sure that communities are prepared, protected in the face of risks like this.”

Did you notice he didn’t answer the question, but provided an answer on attribution rather than being a factor of contribution as explained by the Climate Council. There is a clear global trend of Increased Intensity of rainfall with climate change.

Update 10 June 2016: The Prime Minister is also wrong that individual storms or extreme rainfall events cannot be attributed to climate change. The recent French heavy rainfall and flood event in central France has just been analysed by climate scientists who assessed the probability of climate change affecting the event. Their result said “the probability of 3-day extreme rainfall in this season has increased by at least 40 percent in France, with the best estimate of about 80 percent on the Seine [river basin] and about 90 percent on the Loire [river basin]”.

Turnbull then continued on and highlighted the dramatic nature of the floods and the importance of ongoing flood mitigation review and preparation.

“The dairy farmers that we met with earlier today at the Council chambers, they and their families have lived on the Mersey River for generations. They have a lot of local knowledge going back many many years. They have never seen as much water move as quickly as this. What this means is you have got to assume faster, more frequent, tempests in the future and do that out of prudence. Put your preparations in place. All of us have to do that and hope to be disappointed.” Turnbull said.

No-one is attributing these storms to climate change, however Turnbull fails to take note that there is now a climate component built into all extreme weather events due to a warming atmosphere having a greater capacity for carrying more moisture resulting in more intense rainfall and flood events. Accelerating sea level rise also increases the impact of storm surge in coastal areas as highlighted by beach erosion exhibited at Collaroy.

This climate scientist shows in one graph how very wet days has increased consistent with climate change:

With CSIRO slashing climate research under the Turnbull Government, it will leave a gap in Australia’s ability to do ongoing data collection and modelling of climate impacts and trends with extreme weather events. If we can’t do accurate projections, it will be difficult to do tailored adaptive mitigation such as for future floods.

The coalition Government, which Turnbull leads, has no coherent plan to reduce emissions to meet the targets of the Paris Agreement, to even meet the very low Australian 2030 climate targets, and definitely no jobs and growth plan to transition to a zero carbon economy. Certainly there was nothing mentioned on climate change or transition to a zero carbon economy in the 2016 budget, unlike Bill Shorten’s budget reply. 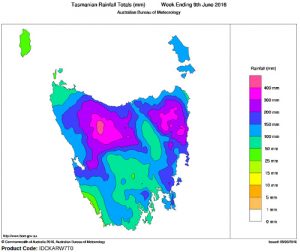 Liberal Premier Will Hodgman also commented, “This has been an event we’ve seen before here in Tasmania and in Launceston. Not as bad as the 1929 flood, which was much worse, but it is a frequent event.

“I’m pleased to see that the levees stood up to the test that mother nature’s wrath imposed upon them. As for linking single events to the broader issue you’re raising, I don’t think anyone’s doing that. This was a one-in-65 year event,” he told Fairfax Media.

Bill Shorten was even more careful and said that today wasn’t the day to join any dots, according to Katharine Murphy’s live blog for The Guardian.

Bill shorten was asked: “Do you believe we will see bigger and more frequent wild weather that we have experienced here as a result of climate change and do communities need to better prepare?”

“In terms of climate and weather, today for me is not a day where I will join the dots about extreme weather events.

Today is more about being reminded about what makes this country one of the best places in the world.”

So today we had a bipartisan attitude to staying clear on using extreme weather events to elevate more action on climate change as an issue in the Federal election. No leadership here.

The responses from both Prime Minister Malcolm Turnbull and Opposition Leader Bill Shorten are in stark contrast to a recent statement by French President Hollande who emphasised that the recent record intense rainfall and floods in central France was a reason to elevate the importance of the fight against global warming. 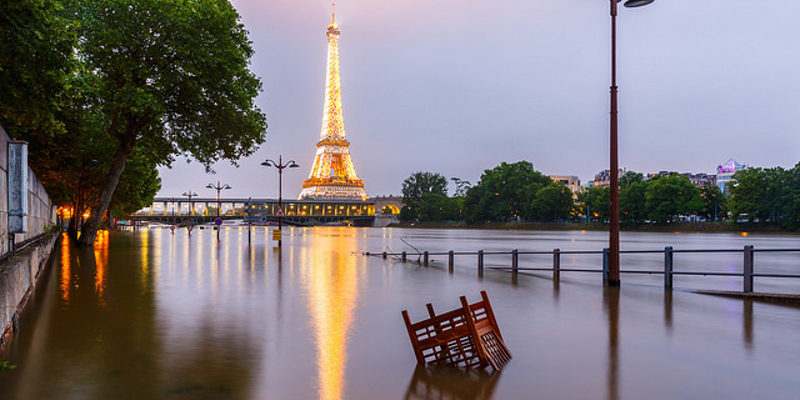