The hate that dare not speak its name: @burgewords comments on #VoteNo to #MarriageEquality 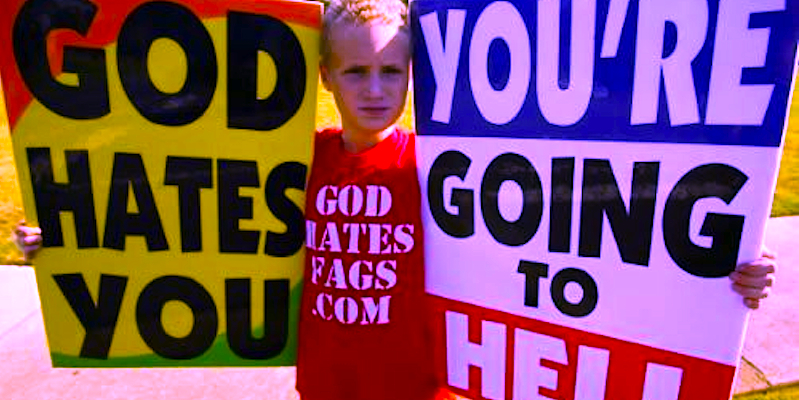 It would make for a better, fairer and more entertaining match if #TeamNo owned the term ‘homophobes’.

AUSTRALIA is fighting a very old battle. It’s been Trojan-Horsed into every household in the form of the Turnbull Government’s postal survey on federal marriage law. Like all wars, the propaganda is rife.

We’re being asked to vote on altering the Marriage Act to allow equal access to couples of the same gender. Naturally enough for Aussies, we’re dealing with it by forming teams in a numbers game over the country’s oldest political football.

In one corner we have gay-friendly #TeamYes in bright, inclusive colours, although the commentators can’t avoid the war references, labelling them everything from rainbow authoritarians to the gay gestapo.

Understandably, it’s unsettling for them, but what label would #TeamNo prefer?

This would be apt had Western right-wing governments not led their nations to major marriage equality wins long ago. It was David Cameron, Tory prime minister of Great Britain who said that he supported equal marriage rights for the same sex-attracted because he is a conservative in a now famous speech that forever ruled out conservative as a more accurate label for a homophobe.

Many of Australia’s faithful are sticking to their ancient creeds, led by the Australian Christian Lobby’s Lyle Shelton; but this label fails on two counts. First, anyone upholding all the Abrahamic scriptures in the twenty-first century must broaden their definition of marriage beyond one man and one woman. The Old Testament allows a bloke more than one wife and a list of exceptions to consensual monogamy. Second, Australia is replete with people of faith who are publicly voting yes to marriage equality.

Upholding the nuclear family is another excuse for refusing same-sex couples equal marital rights. Family First’s breakaway Senator Lucy Gichuhi is one champion in this hard-fought corner. But family values come undone as an excuse for disliking marriage equality when we have multiple generations of surrogate, adopted, biological and foster children that have no different outcomes as a result of being raised by same-sex parents.

Resisting change for change’s sake is a hybrid of orthodoxy, conservatism, and family values, practiced enthusiastically by the likes of Senator Cory Bernardi. However, when a minority group seeks access to a traditional legal institution such as the Marriage Act, Mr Bernardi’s objection to sharing traditional marriage with gays can only be homophobic. This might be why several sub-teams pop up in the traditionalist camp to diffuse the simple yes/no question in the marriage law survey – #TeamFreedomOfSpeech, #TeamReligiousFreedoms and #TeamRadicalGenderTheories, to name a few.

Social media is replete with players enlisting themselves onto #TeamNo because they feel bullied by #TeamYes, led by the dummy spit of columnist Tom Switzer. They were going to vote for marriage equality, apparently, but their vote was dependent on same sex-attracted people playing nice in a respectful match. They usually profess “heaps of gay friends” yet preface lengthy anti-equality statements with the word “but” to discriminate against the same people. Exclusion on the basis of a rough game is not victimhood, it’s homophobic.

Internalised homophobia is a thing. Anyone who was ever closeted will tell you how easy it is to catch a bout of it, even long after coming out.

If all the above players are to be believed, homophobia has never existed and same sex-attracted people are making up all the laws that saw us arrested, chemically castrated and executed across the centuries.

What didn’t exist for a long time were terms to describe the evolution of equality, but as same-sex attraction made space for itself in Western culture, phrases and words were added to the lexicon. It’s an evolving process and commentators need to keep up.

During Oscar Wilde’s trials in the 1890s, homosexuality was analysed around the euphemism ‘the love that dare not speak its name’, but by the middle of the twentieth century the fluid term ‘gay’ was in common use and doing little harm.

But pejorative words for homosexuality came into widespread public use as gay liberation got serious in the late 1960s. It’s hardly surprising that a blanket term ‘homophobic’ – coined by a psychologist – was swiftly owned by same sex-attracted subculture, replacing ‘wowser’ and ‘zealot’ in the gay pride push-back.

#TeamYes earned its stripes long ago and has plenty of skin in the long game to full equality.

It would make for a better, fairer and more entertaining match if #TeamNo owned the label ‘homophobes’. It sounds more easily curable than bigotry; there is no law against being inherently homophobic, and religious freedoms are already protected in the Marriage Act.

Their failure to self-identify is what proves any equivalence between #TeamYes and #TeamNo to be so false, and the whole match stacked against a clear win for anyone in Malcolm Turnbull’s survey.

We are right to suspect that is the aim of the game.

Michael Burge is the author of Questionable Deeds: Making a stand for equal love and other equality-themed books available via his website.