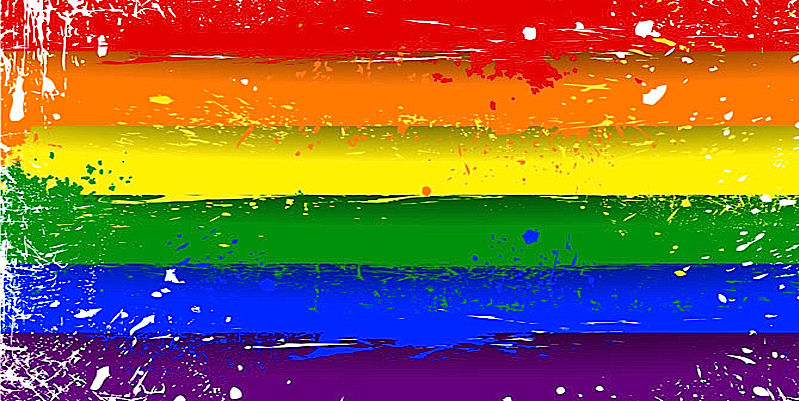 A sad, embarrassing uncle – let’s call him Malcolm – is trying to get us to pull his cracker, but we know what’s coming.

A PUBLIC vote on marriage equality is delivering what some Australians have craved for years: an excuse to publicly trash LGBTIQ dignity.

The usual pundits are hailing the Coalition’s survey as a victorious tipping point for the fortunes of the Turnbull Government, but at best it’s a hand-holding exercise for the prime minister.

Because when the 122-million-dollar show comes to an end – and regardless of the result – if he wants to harness the voice of the people Mr Turnbull will still need to stand on his own two feet, walk into parliament and vote on a bill with his colleagues.

Not one outside voice, recorded at great cost to the Australian taxpayer, will echo in that chamber.

It happened that way five years ago this month when the parliament last voted on legalising marriage between any two Australians regardless of their gender. The Prime Minister was Julia Gillard, who crossed the floor and sat with then opposition leader Tony Abbott to vote the reform down 98 votes to 42.

In 2017, the numbers are a lot tighter thanks to a monumental campaign on multiple fronts, but it’s a very brave pundit who would predict the outcome.

If parliament votes on marriage equality – and there is nothing about the Coalition’s survey that binds it to vote on the result – the leadership vacuum may well see the status quo maintained.

Turnbull assures the country he and Lucy will vote yes… but remember, Mal, Lucy doesn’t get a vote where it really matters.

LGBTIQ Australians are in for a turbulent patch, and whenever our detractors pause from labelling us as dangerous to society they’ll be busy playing the victim, set to lose their freedom of speech and religious rights.

The display is already astonishingly vile, and when same-sex-attracted Australians and our supporters crack the shits and bite back, I support them, because it’s just not possible to debate human rights respectfully.

This survey is akin to a family Christmas where the LGBTIQ community has been seated on folding chairs at the wobbly card table, inches lower than the ‘adults’. It’s just assumed we’ll listen to the ignorant windbags sitting at the other end and consume whatever gets served up.

A sad, embarrassing uncle – let’s call him Malcolm – is trying to get us to pull his cracker; but we know what’s coming… a dumb joke and a cheap trinket.

It’s just another opinion poll, this survey. I’ll vote yes just like I’d wear Uncle Mal’s silly hat… for the sake of appearances, not because I’m having a great time.

It wasn’t Peter Dutton MP who came up with the marriage equality postal survey, as it’s often reported by the mainstream media. It was hatched in a Queensland backwater known as the electorate of Bowman, currently my home.

His techniques include publishing running tallies on Facebook, thousands of ‘lost’ forms, unscrutinised counting and only one vote per household. Unsurprisingly, Mr Laming has never announced a result that wasn’t a fervent no to marriage equality.

However, the electorate was independently polled in 2017 and the result was 59 per cent in favour.

It was also petitioned in 2016 and the result was overwhelmingly in favour of equality for same-sex couples.

For all of his ‘ask the people’ cleverness and claims of giving voice to democracy, none of Laming’s surveys ever united this electorate or resolved the issue once and for all, and it will be the same nationally.

Whatever the outcome of this misguided moment in the long game, creating legislation with the result will take a prime minister who leads the nation from the front.

There’s absolutely no guarantee that will be Uncle Mal.