Tony welcomes back Pauline with return of her boat people policy 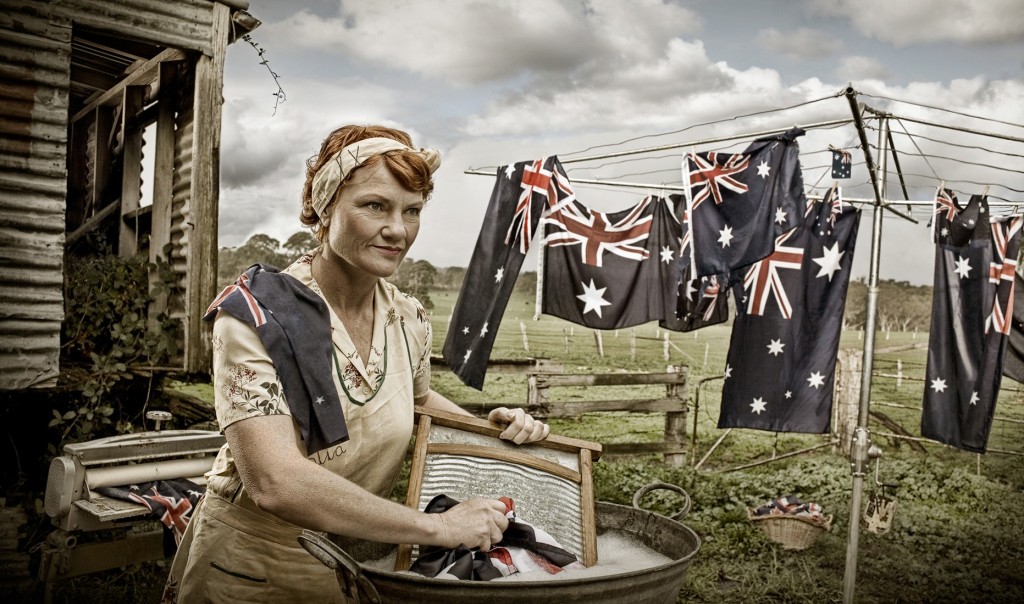 So, the self-proclaimed mother of the nation is in jail, and the man who took her policies and finessed her beliefs is Prime Minister of Australia.

The rights and wrongs of Pauline Hanson’s conviction and sentence aside, her imprisonment is a graphic symbolic representation of the state of Australia and its politics.

Australia’s political, police and legal establishment has put Pauline Hanson – fish and chip shop heroine to the poor, the ignorant and the disenfranchised, the woman who created a party out of nothing in an instant and mobilised Australians never before involved in politics – behind bars.

Big money, big brains, big spin machine politics triumphs – replete with its big, often disguised corporate donations, branch stacking, crony capitalism, deceit and betrayals of the poor and the powerless. Politicians with brains, money and privilege walk free after defrauding the taxpayer, ministers and the Prime Minister survive with a smile after lying to the public- even about the reason for war – and profit from politics with sinecure taxpayer funded jobs or jobs with big corporations exploiting their political contacts.

The big brand names of politics and the big media – with all their considerable assets – worked tirelessly to silence the scream of the Hanson’s disenfranchised. I wrote in my book about her 1998 election campaign, Off the Rails: The Pauline Hanson trip, that Australia had been lucky that our brand of far-right nationalist politics had been amateur, unresourced, and too-quickly put together by carpetbaggers like David Oldfield and David Ettridge. What if a professional had captured the masses’ imagination – where would Australia be now?

Now we know. A professional has stepped in. His name is John Howard. She wanted refugee boat people given five year temporary visas instead of permanent residence. Philip Ruddock deplored her inhumanity, then, once Hanson was out of action, gave refugees three year visas instead. She demanded that the boats be turned around at sea. In August 2001, our SAS boarded the Tampa and our defence force did just that.

The professional John Howard merely engineered the fears and angers of the insecure and economically suffering to his base political advantage. Softly softly suggestions only, then he sat back and watched the flames engulf each utterance, most recently with capital punishment after he gave the States the all clear to reintroduce it. Tick – another Hanson policy adopted.

The professional, John Howard, faced a fragmentation of the conservative vote with Pauline Hanson. Her One Nation Party helped elect Queensland and Western Australian Governments in early 2001. She pledged to put all sitting members last at the 2001 federal election, almost guaranteeing a Labor victory.

But then came Tampa. The One Nation vote collapsed and its voters ran to Howard. So did Labor, in mortal fear. The professional, John Howard, was triumphant, and Labor unelectable. Australia’s march to fascism began (see Howard’s roads to absolute power).

And now? The disenfranchised Hansonites are in the middle ground on social policy, Howard brilliantly manipulating their ignorance to exploit their downward envy as he screws them economically and demands they find the money to pay for their own basic health and the education of their children.

The disenfranchised have empowered a resurgent Greens Party. Those who once saw themselves as mainstream Australians in an Australia committed to the universality of human rights are now grassroots activists, visiting refugees, researching their treatment in detention camps, writing books, lobbying politicians.

And the rest of the old old middle ground?

Former Kim Beazley chief of staff Syd Hickman put it this way this week at the launch of the Reid Group, dedicated to reviving Liberalism:

Understandably it is taking liberal Australians a fair while to appreciate the alarming reality that faces us. After all, liberalism for a long time represented the political middle ground. For much of the past thirty years small l liberals have had the luxury of being the swinging voters who decided who would win federal elections. What we thought about key issues used to matter. Quite frankly, in political terms, now it doesn’t. And that’s why core liberal issues like the future of the ABC, the secular education system and universal health care get such meagre attention.

People who hold liberal values must demand their own place in the political spectrum. To get it they are going to have to work outside the old frameworks. They should stop telling themselves that it’s good enough to be the wets or progressives in political parties which are now openly dedicated to illiberal ends. This is not virtue, its self delusion.(See Can liberalism fight back?)

Hanson was the most hated woman in Australia when she shocked the powerful and the comfortable with the truth – that our construct of a tolerant, progressive, open Australia was a myth. Now, Australians overwhelmingly feel sympathy for her as she languishes in jail.

It’s easy to explain, really, with the benefit of time. Underneath the racism and the ignorance, Hanson triggered a people’s movement. It was crushed with all means at the powerful’s disposal. And we all know it.

One final word. John Ralston Saul made the point in his book, The Doubters Companion, that outbreaks like Hansonism are not the fault of supporters, but of the elites:

“There is no reason to believe that large parts of any population wish to reject learning or those who are learned.People want the best for society and themselves. The extent to which a populace falls back on superstition or violence can be traced to the ignorance in which their elites have managed to keep them, the ill-treatment they have suffered and the despair into which a combination of ignorance and suffering have driven them.”

So blame the Labor elite of 1983-1996 for the rise of Hansonism. And blame John Howard’s elite for exploiting it now. And please, let Pauline Hanson walk free. She’s more innocent than our major parties by miles.