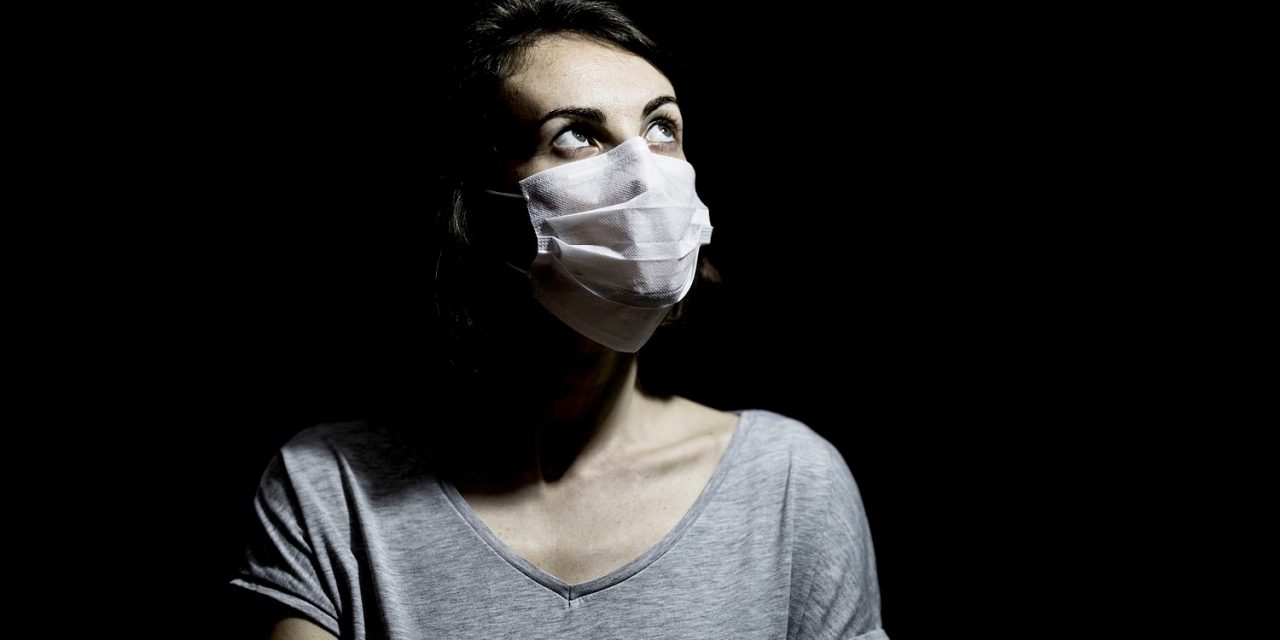 WHEN we first locked down in Melbourne in mid-March, 2020, I had just finished building a small, state-of-the-art, sound-recording studio in a bungalow in our backyard. The final foam squares and carpet were put in place just before we hunkered down. The project started between the 2019-20 bushfires and the rapid arrival in our lives of COVID-19.

Just in time! The first suburbs to become hotspots here in early 2020 were the affluent locales with returnees from the ski fields of Aspen and the like. That sure changed.

Every podcast interview I have conducted since then has been from that booth, reminiscent of some low-lit, wartime bunker. My interviewees peer out from the computer screen via a specialist, podcasting software. The same imagery we have become used to on our mainstream media television screens: libraries, living rooms, even kitchens, often with scratchy audio; but it is now the pandemic way.

And so it was when Margo Kingston and I hooked up with former Prime Minister Malcolm Turnbull last week, to record a #transitzone podcast episode. Margo was in Comboyne, New South Wales, I in the ‘bunker’, and Turnbull sitting in front of bright-blue, floral wallpaper in his ‘harbourside mansion’ in Sydney.

From outside, the pandemic news was grim. Our lockdown in Victoria (the sixth, including one of over 100 days in 2020) was rolling on with new locally acquired Delta variant cases growing daily. Compliance with restrictions this time was noticeably fraying.

But it was in New South Wales where the COVID alarm bells were really clanging, and the level of compliance was far worse than ‘patchy’. Delta had spread from Sydney across the state into under-prepared, poorly resourced, regional centres and Aboriginal communities. Daily state figures were very high and growing.

Today, new locally acquired COVID cases were reported as 681. That’s nudging the peak figure for Victoria in 2020 with a far less infectious, earlier COVID variant. Some epidemiological analysts are now foreshadowing the numbers growing into the thousands.

At her daily media conferences, Premier Gladys Berejiklian has been peevishly resistant to both questioning by journalists and revising her public health strategies. The two are connected, of course.

“We have had and continue to have the right settings,” she claims.

Today, she returned to her regular theme of “living with COVID” (and “freedom”) and that New South Wales was “leading the way” with that “public health” aspiration.

Our conversation with Malcolm Turnbull was never intended to be an orthodox, hard-driving, current affairs encounter but more reflective and contextual. For that reason there were questions never asked and answers never explored, and its worth revisiting for the light it sheds on the same side of the chamber.

After discussing factions in the Liberal Party and aspects of Australian political dynamics, I asked Turnbull about the elephant in the room: How, with world-class epidemiological and public health science advice on-tap in Australia, did our vaccination rollout go so drastically wrong?

I quoted back to him his statement from about two months ago that he couldn’t think of “a bigger black-and-white failure of public administration” than the Morrison Government’s failures with procuring COVID vaccines and designing and executing an efficient and effective vaccination rollout.

Turnbull didn’t hold back: “I remember as I was saying it I thought to myself, ‘Gosh, that’s probably a bit harsh.’ Then I thought, No it’s fair.’ You know, if you walked out into the street and repeated that today, people would look at you and say, ‘Oh yes. So you’re going to tell me the Pope’s a Catholic too? I mean what other penetrating glimpses of the obvious have you got to share with me’.”

There has been significant and contested reporting – including by the ABC specialist health correspondent, Dr Norman Swan – about what actually happened in 2020 around government and officials’ negotiations with the Pfizer company and the decisions to prioritise the Oxford University-developed vaccine, AstraZeneca.

Turnbull was scathing about the administrative aspect of the process: “It is just a complete train wreck. I mean, I can’t explain it. I do not understand how we could have got to the point where we don’t have enough vaccines. I mean, it’s just absolutely inexplicable and unforgivable.”

He emphasised what so many others have pointed out about spreading the risk in the vaccine procurement process. “I mean obviously you don’t put all your eggs in one basket,” he said. “Obviously, you get as many vaccines as you can, and if you end up with twice as many as you need, you give the ones you don’t need to the Pacific or to PNG. Or to Indonesia. Or take your pick. It’s just incredible. We would not have most of Australia locked down today if Morrison had bought enough vaccines.”

Regarding the troubled and tending-to-the-shambolic vaccination rollout itself (allowing for the supply shortage), Turnbull wondered why Morrison didn’t follow historical, Federation, health-delivery precedent.

“… the big mistake there was that the Commonwealth decided they were going to do the vaccine rollout, and that was purely political,” he said. “That was because Scott wanted to get all the credit for saving everyone from COVID. Now again, that was just crazy hubris. The states have been running… their public health agencies have been running vaccinations forever, I suspect for 100 years probably; and why you would not just say to each of the states, okay, here are the vaccines, go for it and let them get on with it is beyond, utterly beyond me.”

The former PM also placed the Morrison Government’s recalcitrance against building fit-for-purpose, federal quarantine facilities alongside the vaccine failures as crucial. Almost every outbreak around Australia has flowed from a virus escaping a tourist hotel quarantine facility and/or viral cross-infection inside those hotels.

Turnbull pointed out that senior public servant Jane Halton had done the appraisals on the need for federal quarantine facilities and delivered a report to government a year ago.

“She recommended that there should be special cabin-style quarantine centres set up to avoid the aerosol cross-infection that you get in hotels,” he said. “But nothing’s been done apart from Howard Springs… I gather they’ve added some additional cabins to it. But this should have been done last year and could be done quite quickly because this cabin-style accommodation is modular. I would think you could get something very serviceable, stood up swiftly.”

At the beginning of the pandemic in Australia, Morrison induced the states to carry the burden of quarantine as an emergency stop-gap measure even though quarantine is clearly laid out in Section 51 of our constitution as being a responsibility of the federal parliament. Later, the sole federal facility at Howard Springs near Darwin, was (inexplicably) handed over to the Northern Territory government to manage. So currently, there are no federal quarantine facilities situated around Australia in preparation for the mooted re-opening of Australia’s external borders.

When I asked Turnbull for his explanation of the prime minister’s refusal (until quite recently) to build dedicated federal quarantine facilities, he was condemnatory again. “… it’s getting back to… ‘I don’t hold the hose mate.’ When real leadership and responsibility is called for, he doesn’t seem to step up… I guess the reality is, I suppose he thought there’s always going to be problems with quarantine. You know, he’d rather they be blamed on somebody else other than him.”

Turnbull echoed the go-to line of the Australian Labor Party in its attacks on Scott Morrison around the pandemic. “The criticism that the government had two jobs – vaccines and quarantine – and they flunked both of them, is fair.”

The theme of announcing not delivering was threaded through much of Turnbull’s analysis of what has gone wrong with the Morrison Government’s management of the public health challenges of the pandemic. He expanded to extol his own role in renewables projects such as Snowy Hydro 2.0 (now under way albeit behind schedule) and the ‘Battery of the Nation’ concept to combine wind power and Tasmania’s now quite ancient hydro infrastructure to create another ambitious pump-storage scheme. That now languishes merely as a notion since Turnbull was ejected from the prime ministership by his own party midst their factional brawling about climate change.

Turnbull linked Morrison’s vaccine and quarantine failures to a larger pattern, as he sees it, of lack of planning and carry-through.

“So for all this talk about technology, not taxes, what exactly is being done? Where is the actual output?” he said. “And it’s like going out and thinking that when you do the press conference, write the press release, get the headline in the Telegraph, that that’s it. That’s not governing, that’s marketing. What you’ve actually got to do is, sure, make the announcement, then you’ve got to go on and do something and build something. What is there? … So that’s the problem. The spin-cycle approach to politics may win you a few elections, but ultimately you end up with nothing to show for it.”

Just a complete train wreck: Transcript of Part 2 of the #transitzone interview with Malcom Turnbull