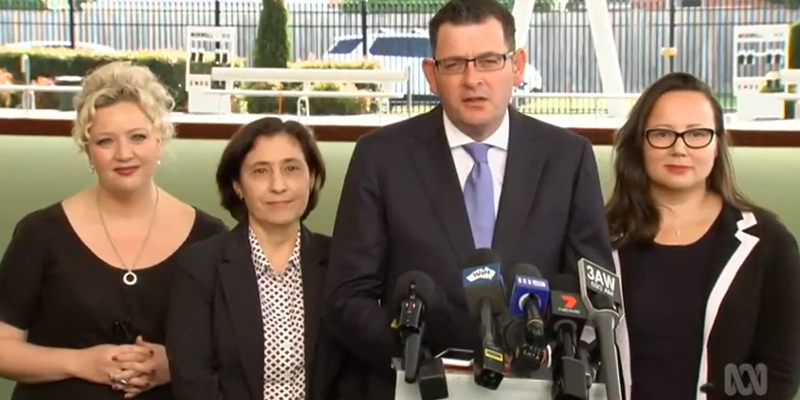 This is a repost of an article by John Englart published at Climate Action Moreland.

On Friday 15th April Victorian Premier Daniel Andrews announced in Morwell the Victorian government’s response to the final landmark inquiry into the 2014 Hazelwood Mine Fire. This response includes an initial $50 million in the Victorian state budget to implement the recommendations, and a major increase in the rehabilitation bonds for the three La Trobe Valley brown coal mines.

“The people of the Latrobe Valley have been completely vindicated. I’m so proud of their efforts. They never gave up and neither will we.” said Premier Dan Andrews.

The recommendations focus on 3 major areas: improving the health outcomes of the La Trobe Valley community, increased monitoring of air pollution, and improve progressive rehabilitation and end of life mine planning.

It highlights the importance of helping the La Trobe Valley transition away from coal, and in putting in place a just transition for the community. The increased focus on health and mine rehabilitation is a necessary first step for this transition.

The report made clear that the mine fire likely contributed to increased deaths in the La Trobe Valley in 2014.

Equally clear is that regional health outcomes are well below the average for the state. The Government announced the establishment of a new Latrobe Valley Health Zone, the first of its kind in Australia, which will focus on improving health outcomes for the Valley’s youngest residents to its oldest. This includes increased access to health screening so serious diseases and illnesses such as type 2 diabetes, cardiovascular disease and kidney disease can be detected earlier and treated sooner.

There will also be expanded allied health services for people suffering from chronic disease management, support telemedicine and provide targeted funding for local Aboriginal communities. Preventative medicine and health programs will also be promoted as well as targeted improvements for mental health and addressing family violence.

“The community raised concerns about the impact of the Mine Fire on their health but these were ignored by the former Government. We’ve listened to their concerns and we’re putting the health and well-being of families in the Valley first.” said Victorian Minister for Health Jill Hennessy.

Coal ash contamination in roof cavities in Morwell will also be investigated.

The government response comes hard on the heals of the latest National Pollutant Inventory’s 2014-15 report which details that PM10 emissions have increased 69 per cent in one year, and 194 per cent in five years. 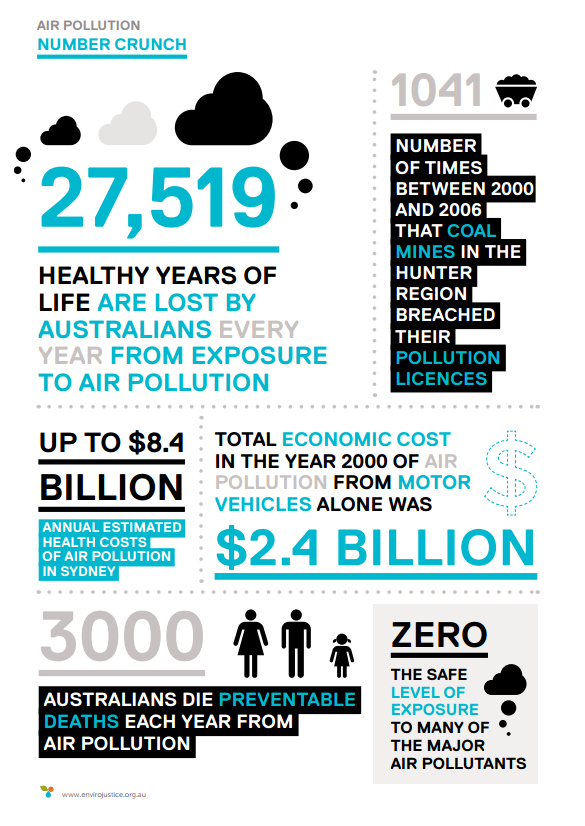 It was well known that Mine rehabilitation bonds were alarmingly small in comparison to the estimated costs involved. Existing bonds were increased to 50 per cent of the mine’s self-assessed value by June 2016 and 100 per cent by January 2017. It appears this is just an initial step though as the Government said they were developing a more effective system to set future mine rehabilitation bonds.

“We are acting immediately to increase the rehabilitation bonds for the Latrobe Valley coal mines so the community can be confident the mines are safe and will be rehabilitated.” said Energy minister Lily D’Ambrosio.

Lily D’Ambrosio told the Morwell community that an independant commissioner will be appointed to oversee mine rehabilitation. A mine fire safety unit has also been established in the Traralgon to provide additional reassurance to the community.

.@DanielAndrewsMP has saved the taxpayers a massive amount of money, the cost of rehabilitation of mining will be born by the the companies

According to a report in the LaTrobe Valley Express, an independent assessment by American technical services company AECOM estimated the cost of rehabilitation of the mines as much higher. Their report outlined that conservative but realistic estimates of the liability cost of end of mine life was $266 million for Yallourn, $286 million for Hazelwood and $305 million for Loy Yang.

This announcement was warmly welcomed by members of the La Trobe Valley community and justify Labor’s re-opening of the 2014 Minefire Enquiry. Wendy Farmer from Morwell based community group Voices of the Valley tweeted “You have listened @DanielAndrewsMP our community cried out for your help, today you delivered. Thankyou”

You have listened @DanielAndrewsMP our community cried out for your help, today you delivered. Thankyou @TracieLund pic.twitter.com/Gp3dTtCsnD

Wendy Farmer articulated the feeling of betrayal by Morwell and Valley residents by the former Napthine Liberal Government in the handling of the mine fire disaster. “It was pretty disgusting. Not only did they turn and ignored us, they turned and lied to us.” Wendy Farmer told ABC News.

Environmental Justice Australia, who represented community groups in the mine fire inquiry, welcomed the governments response. “We are delighted that the commitment and hard work of all involved has produced such amazing results. It is a true testament to the value of empowering the community and giving them a seat at the table in important legal processes.” the EJA said in a statement.

The announcement was also welcomed by the CEO of Environment Victoria, Mark Wakeham, who said in a statement:

“We congratulate the Andrews Government on their response to the Hazelwood mine fire inquiry. Such a sincere and credible response has the potential to make some good of the disastrous Hazelwood mine fire. Air pollution will now be better monitored, health outcomes should improve, and critically there will be much greater funding for, and regulation of, mine site rehabilitation.”

“Importantly the State Government will conduct a further review of rehabilitation bonds and develop a regional plan for rehabilitation. Both should see rehabilitation standards and bonds rise again in the near future.”

“Environment Victoria was a party to the both the 2014 and 2015 Hazelwood mine fire inquiries. With our legal team we highlighted that a lack of progressive rehabilitation was a contributing factor to this terrible pollution event, and the complete inadequacy of current rehabilitation plans and bonds.”

“We are extremely pleased to see the Andrews Government take action in these areas and congratulate the Premier, Minister D’Ambrosio and other members of the Government.”


Even the Liberal and National Party opposition were in broad agreement. Russell Northe, the Nationals state MP for Morwell told Win News, “It seems to be well recognised, not only by the mines themselves, but by experts, that at this point in time the bonds that are in place are probably inadequate.”

Engie, also known as GDF Suez, is a majority owner and operator of Hazelwood and Loy Yang B power stations and associated brown coal mines. They released a brief statement saying they were reviewing the implications of the report.

“ENGIE is committed to the implementation of a technically sound rehabilitation plan and will continue to work with regulators and other stakeholders to ensure successful long-term rehabilitation of the Hazelwood mine.” said the statement.

Engie will need to stump up this increased rehabilitation bond. The company is also facing 3 different court actions relating to the 2014 Hazelwood mine fire. Engie claimed the mine fire had directly cost the company $40 million, but legal action may vastly increase this.

The Country Fire Authority (CFA) is seeking recovery of $18 million in firefighting expenses as their fire fighters spent 45 days of hazardous work in putting out the mine fire.

Worksafe Victoria is also pursuing Engie companies with 10 breaches of health and safety regulations regarding the mine fire.

The Victorian Environment Protection Authority is also prosecuting air pollution offences charging four companies in regards to the 2014 mine fire.

The increase in the mine rehabilitation bond only adds to the increasing cost of Engie’s Hazelwood and Loy Yang B investment. In the lead up to the Paris climate conference Last year Engie undertook to stop investing in new coal plants but did not outline what it would do with existing coal assets.

The Hazelwood power station is the most polluting power station in the developed world. It has been able to continue due to the low cost in burning the coal next to the mine. But expenses are slowly mounting, and their social license to continue operating is being undermined.

The owners of Hazelwood took out a $147 million loan from the ANZ Bank in 2014, with the loan expiring in June 2016. Environment activists have a petition to pressure ANZ not to renew the loan, highlighting the conflict of financing the coal mine directly after the worst industrial disaster in Victoria’s history and the ANZ Bank’s own sustainability policy and the Equator Principles.

There has been a long running campaign to close the Hazelwood power station to allow greater expansion of renewables in the electricity grid. See the Hazelwood Primer on Climate Action Moreland website.