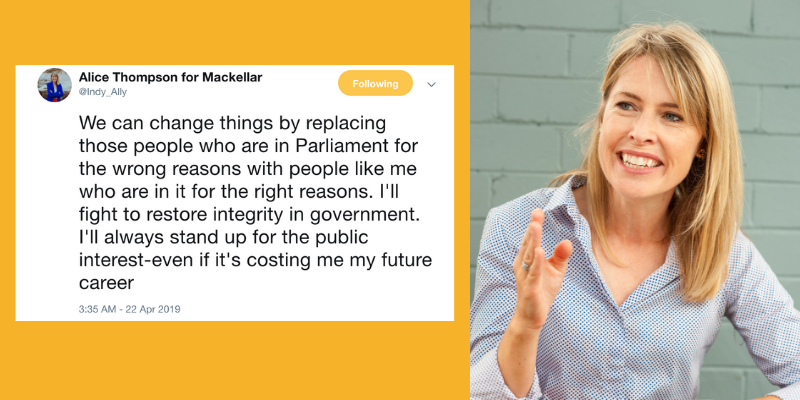 In the wake of the ongoing #Watergate scandal, Margo Kingston (@margokingston1) talks to Alice Thompson (@Indy_Ally) Independent candidate for the Sydney Northern Beaches electorate of Mackellar. Alice provides further insight and context to Margo regarding her recent Twitter thread about integrity in government.

My legacy in the PMO was to reduce the autonomy of incoming Infrastructure Minister #BarnabyJoyce to make unilateral decisions on Australia’s $100 billion infrastructure portfolio and vest it in Cabinet. Could see the writing on the wall #MackellarVotes #watergate2019

I’ll actually take action to clean up government. I see it as so fundamental for every decision across every portfolio, now and into the future. This is really an urgent priority, and they’ve shown that they are okay with a lack of transparency.