Get off the bus and do some journalism: @MediaActive comments on #AusVotes19 #PropagandaWatch 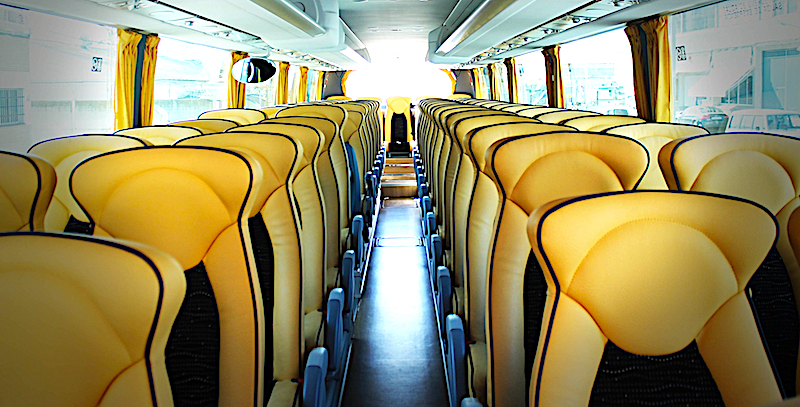 We frail humans, no matter how savvy we think we are, are all prey to the partisan predations of crafted propaganda.

This is despite our supposedly increased awareness of and skepticism about ‘spin’ and our more mature media literacy. We can see through it all — the tricks, the distortions, the conflations — can’t we?

That’s why, for this 2019 election campaign, I am highlighting and analysing some of the more blatant propaganda from all sides of politics in the fierce battle for our hearts and minds, with our vote on May 18 the prize.

That analysis will include the partisan propaganda peddled through journalism and the media via journalists’ gullibility, group-think, framing practices and (not only from News Corporation outlets) corporate editorial distortions.

The challenging task of forensic political interviewing is another locus for effective propaganda, as the ABC’s Andrew Probyn experienced interviewing separately Scott Morrison and Bill Shorten, on the day this election was called. Both employed the same techniques. They ignored the thrust of Probyn’s questions, seized a key word or phrase, did the notorious ‘pivot’ and let fly a cascade of election talking-points. Relentless, muscular messaging, with doubtless their media minders cheering off-camera.

Somehow, they all seem to believe these Gatling gun lists work on voters; or perhaps their projected confidence, “consistency” and single-mindedness might do the trick?

The intention to deceive — to lie — is always repellent. Factuality (however you define that these days) is significant. But, as I argue here, not wholly critical.

“Who do you trust?” asks current PM Scott Morrison kicking off the 2019 election campaign for the Liberal Party. Recycled is good but reanimating the John Howard slogan from 2004 (contextually still in the shadow of 9/11, Tampa and the earlier Port Arthur massacre) is lame.

Morrison can scarcely conceal the backstage turmoil and antipathies within the Coalition he ostensibly leads; but he invokes “trust”, summoning up the mythical, go-to narrative that the Liberal Party are the only good and reliable economic managers for Australia and the Labor Party are fiscal profligates, and liars?

Here we are in 2019 and new-generation journalists are still being led like sheep on the political parties’ ‘Magical Mystery Tours’ on buses to successive propaganda events. Some working journalists on Twitter are doing a soft whinge about being “kept in the dark” by campaign managers about certain campaign events.

But they stay on the bus.

They should get off the bus and do some journalism. There is plenty to do beyond the ‘horse race’ and ‘optics’ around in-depth policy analyses; the detailed overall economic and social contexts for this election (data journalism, even); past records of all parties and speaking with diverse voters, generating relevant, thematic conversations.

That’s their job in our kind of democracy: to reveal, question, challenge, illuminate, clarify and verify.

Why do our journalists in a democracy submit to this manipulation? It’s humiliating. Why do they accept the framing, and ‘daily message’ agenda from the propagandists of the political parties? What about their professional role and ‘fourth estate’ function in a democracy?

Is it simply the fear of missing out on ‘the story’ (what story?). Is it crusty, steroidal-editor-driven, or an entrenched journalistic culture because “We always do it this way”?

And then there’s the sheer cheesiness of this method of campaigning. As we see with both leaders, ‘baby kissing’ or patting will never go away as potent symbols of ‘new life’, bonding with family and boundless hope.

Who am I to discount these primal political rituals?

But the bulk of these shallow, campaign, video- and photo-ops are mindless, often hi-vis-clad pieces of Kabuki that exploit our casual credulity but somehow pass muster as the norm. Loading pallets of fruit, eating pies or hamburgers, waving and shaking hands in shopping malls with gotcha-inclined and -primed journalists always alert for that ‘gaffe’ or confrontation with an incensed citizen ready to take on a leader? Tenuous, content-free performance art.

During election campaigns, photo journalists and videographers are ‘co-opted’ along with their text-based colleagues to record and disseminate propaganda shows.

But what about news values and rigorous journalistic ‘framing’, or penetrating to underlying policies and values frameworks? Are these simply relegated to the fringe and designated “worthy”?

Meanwhile, what of the 2019 leaders’ debates, the rare opportunity for aspiring prime ministers to be thoroughly and forensically interrogated? For a long time, describing these events as ‘debate’ has been a clanging misnomer. There is typically minimal authentic debate where ideas, visions and past records are challenged, discussed and argued for. They have become yet another forum for delivery of stump speeches. Often, the maladroit questions asked by ostensibly seasoned and intelligent journalists let us down too.

These debates are ours, not the propaganda plaything of the political parties.

In technical interviewing terms, frontline political interviewers, including during these ‘debates’, typically use generalised, deductive questions of the Leigh Sales’ variety: “Why should the Australian people not think your government is a failure”, rather than more specific, inductive questions that go logically to the heart of an issue, step by step.

I believe this crucial aspect of (broadcast) journalism needs wholesale reform and re-configuring. Otherwise these ‘hollow dances’ will continue to no avail.

There is no doubt the Trump era is relevant to and deeply influential upon Australian political party propagandists. Morrison has shown numerous times his seizing tactics and techniques from the Trump playbook. His regular deflecting questions he does not want to answer by placing them in “the Canberra bubble” (reminiscent of his earlier “on-water matters”) is one example. His ever-changing, product caps are another visual appropriation.

But his ‘Trumpism’ is pervasive and increasingly ominous.

Former Trump strategist and far right-wing propagandist Steve Bannon, wasn’t shy in telling journalist Michael Lewis that the basic Trump propaganda approach is to “flood the zone with shit”. We can see that in spades in the United States, especially now on the brink of the release of the (redacted) Mueller report to congress.

Our early campaign example here in Australia is much more burlesque. The electric vehicles comedy show. The market for electric cars is still immature but expanding fast. We are on the verge of the major and minor automotive companies releasing an avalanche of new electric models including ‘Hi-Lux-style’ utilities and four-wheel drives with grunt to spare. Toyota was forced to counter the coalition frolics with some narrative wrangling of its own, to dilute the besmirching of their products by the absurd lies and conflations of the Liberal and National parties.

They are demonstrable lies, especially set against the record of Coalition ministers earlier publicly backing electric vehicles and their installing re-charging stations.

But calling out ‘lies’ as the ‘zone is flooded with shit’ may offer a moment of moral satisfaction and superiority, but it hardly addresses the propaganda problem conclusively or effectively.

This is a form of political theatre. There are characters, words and performances that signify ‘truths’ well beyond any orthodox factuality or the glaring mendacity of the rhetoric. These are proxies for something deeper, wider and much harder to sum up authentically and comprehensively. But they do include an ever deeper distrust of our political (and media) class, pervasive alienation, grievance and self-perceived identity.

In a real way, calling out the untruths has lost its tactical potency. Look at Peter Dutton’s recent attack on his disabled Labor opponent in Dickson. He was ‘forced’ to apologise to sidestep further opprobrium with a fatuous claim that he was only interested in their competing “policies”. On April 15, on the ABC 7.30 program, he used ‘weasel words’ very skillfully to tie immigration to “traffic congestion, crime and employment” citing these concerns as coming from within his electorate, one step removed from complete responsibility for his assertions. But the messages were sent and received by those fully or partially receptive.

If only all the propagandists were as bumbling as the adolescent pranksters that are Captain GetUp! working for Tony Abbott in Warringah. But even they managed to get a message out to those receptive by the video of their mascot-like, orange clad figure’s ‘gyrating’ against the image of Zali Steggall on a billboard (since deleted).

And that’s the key: Getting the message out to the targeted segment. Damn the lies, or the indecency.