Groundwater: out of sight, not out of mind: @molessarah reports 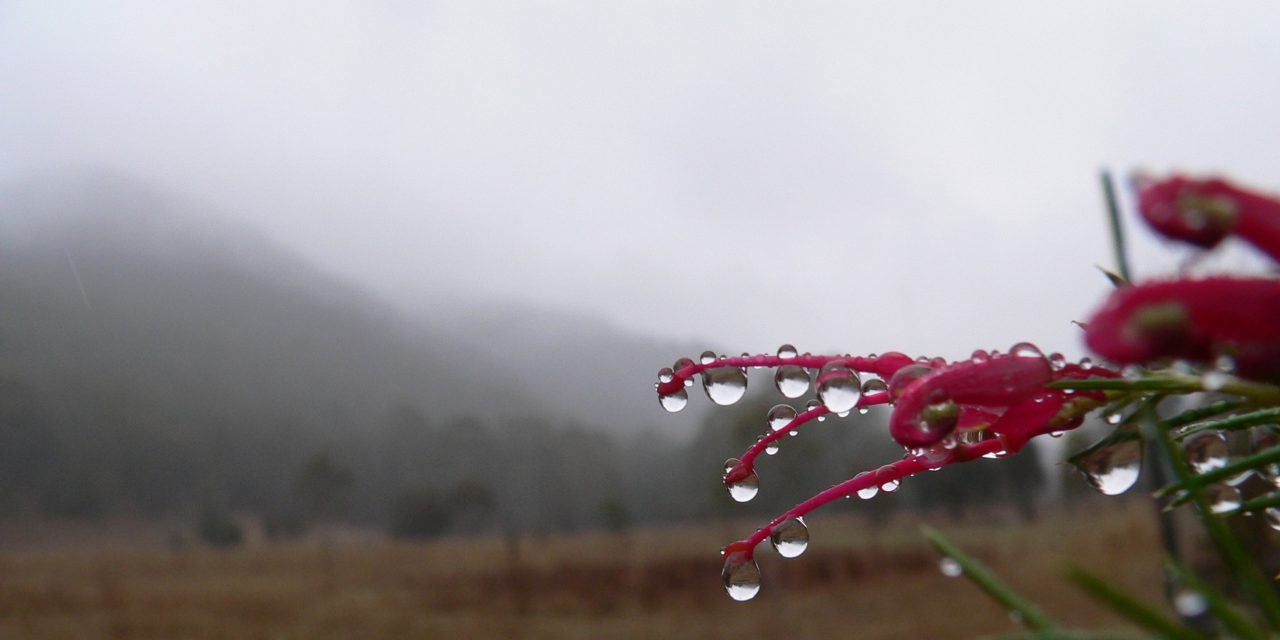 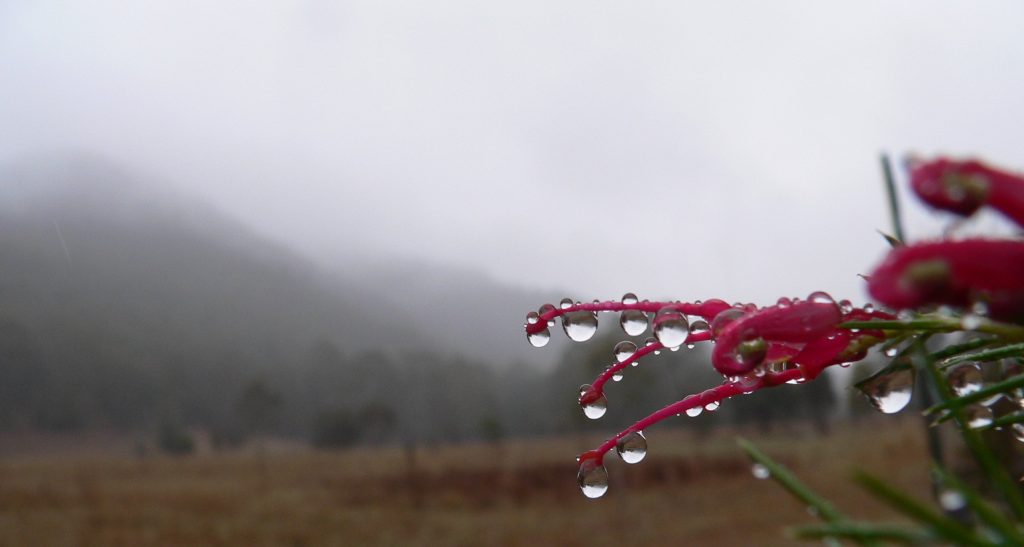 Water: always on the move, the constant cycling of water maintains life on Earth. (Photo by Sarah Moles)

For me, Leonardo Da Vinci summed it up best with:

“Water is the driving force of all nature”.

“Thousands have lived without love, not one without water.”

“If there is magic on this planet, it is contained in water.” Loran Eisley, The Immense Journey, 1957 (Photo by Sarah Moles)

Given its essential place in supporting life, it ought to follow that protection of water quality, water sources – indeed the entire water cycle – would be an over-arching principle underpinning responsible and sustainable water management.

It is a policy objective of several of our governments that there will be an unconventional gas industry – and an expanded coal export industry – in Australia. Representatives of the CSG industry are on the public record stating that there will be negative impacts from this industry. The only unknowns are questions about how serious these negative impacts will be and what can be done to mitigate them.

In their enthusiasm for export dollars, both Labor and Coalition governments are will accept the risks.

Australia has a pretty sad and sorry water history. Chronic mismanagement and over-allocation is not so surprising when one considers that English legislation was part of the baggage that arrived with the First Fleet. Settler Australians imposed their water laws on  river systems that operate on totally different principles to the one they’d left behind.

A few years ago Australians narrowly avoided a social and ecological disaster in the Murray Darling Basin, a huge surface water system where  the damage caused by our human-centred, Euro-centric ways of managing waters were clearly visible.

Groundwater is out of sight and, for most of us, out of mind. This makes groundwater much more difficult to monitor, manage and study than systems we can easily observe.

We don’t fully understand the nature and extent of connectivity between surface and groundwater systems. This is critical to understanding how much groundwater can be extracted without harming surface water systems, or impacting on adjoining aquifers. We also need a deeper understanding of the environmental water needs of all species that depend on groundwater, so that these needs can be met, biodiversity preserved and ecosystem processes we all depend upon for our survival can continue to sustain us.

I remember being horrified and appalled a few years ago as I sat in a CSG water forum at Dalby, in Queensland, listening to a senior gas company executive talk about fracking chemicals. He casually mentioned the mix generally included ‘biocides’ – because ‘there’s all sorts of bugs down there’.

Based on conversations I’ve had with ecologists, I knew that the importance of stygofauna, the tiny, eyeless creatures that live in caves and aquifers, had been recognised. They are a remarkably diverse group of animals and provide us with very important, very valuable ecosystem services.

We destroy them at our peril. 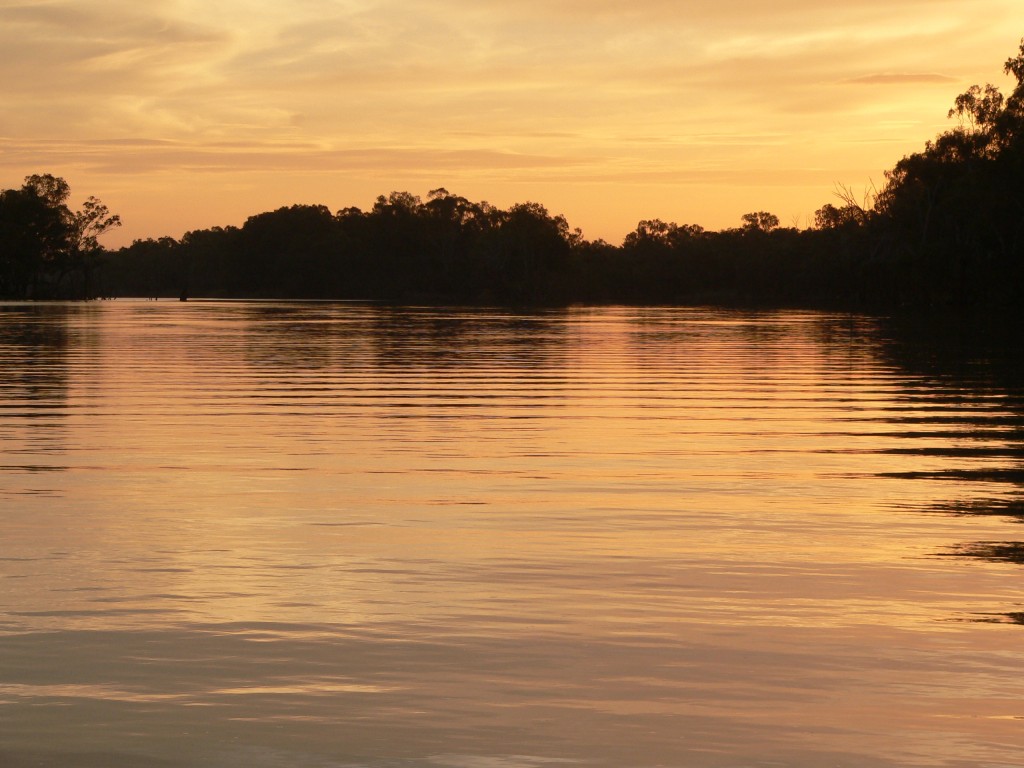 A major artery at the top of the Murray Darling Basin, the Balonne River at St George, Queensland (Photo by Sarah Moles)

“The quality of water in rivers and underground has deteriorated, due to pollution by waste and contaminants from cities, industry and agriculture. Ecosystems are being destroyed, sometimes permanently.”

In Queensland, CSG companies worked with Government experts to produce the Surat Basin Cumulative Management Area Underground Water Impact Report, finalised in July 2012. This document estimated the impacts on landholders’ bores within the defined Cumulative Managment Area over the next three years. A little more than 12 months on, bores outside that area have been affected negatively from CSG mining. Although one of the companies concerned has agreed to ‘make good’ and replace the now defunct bore, it won’t happen for two years.

“When the well is dry, we know the worth of water.”

The impacts on water from coal mining can be equally devastating.

A few weeks ago, two important groundwater reports were released. The first found that the impact of two existing coal mines on a Central Queensland wheat farmer’s groundwater supply were five times worse than modelling by the mining companies had predicted.

The second, the Draining the Lifeblood report, found that some 1354 billion litres of water would be taken from regional aquifers if several proposed ‘mega-mines’ were built in Central Queensland’s Galilee Basin. These aquifers border the Great Artesian Basin and there is great uncertainty as to the potential impact of these mines on this nationally significant groundwater resource.

The cumulative impacts of these mines have not yet been modelled or assessed .

“[…] high quality water, in the right quantity at the right place at the right time, is essential to health, recreation, and economic growth […] no force is greater than the hydrologic cycle.” Richard Bangs and Christian Kallen, ‘Rivergods’, 1985.

Water quality is as important as quantity.

Whether it is open cut or underground, coal mining interferes with aquifers, severing or diminishing supplies of groundwater to users downstream. And current mining practices are highly – and increasingly – polluting, as deeper deposits are exploited.

During several massive floods in recent years, particularly in Central Queensland,  billions of litres of filthy, contaminated water gushed from flooded mines. These flows were loaded with heavy metals and other toxic substances, and poured across floodplains into our rivers and estuaries and the Great Barrier Reef lagoon.

Our National Water Initiative is almost 10 years old and has been the subject of a number of reviews. The 2009 Biennial Assessment found there had been little integration of the gas and mining industries into state water planning processes. The ‘special circumstances facing the minerals and petroleum sectors’ still mean that not all water users are treated equally under water – or indeed, other – legislation.

The Lock the Gate movement has arisen because growing numbers of Australians reject the notion that massive new coal and CSG developments are acceptable when they are approved at any price.

The integrity of our water resources is far too high a price to pay.