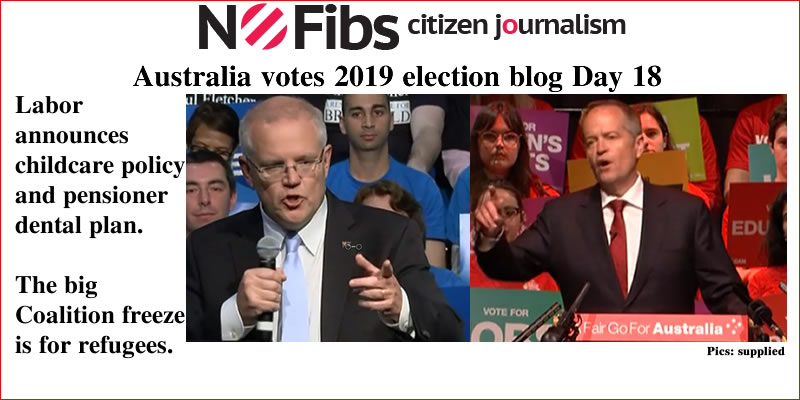 Both the Prime Minister Scott Morrison and opposition leader Bill Shorten took to the stage among the faithful to announce new policy. Mr Morrison has decided to freeze Australia’s refugee intake in the hopes that will allow infrastructure to tackle congestion in major cities to catch up.

Mr Shorten delivered a double feature by revealing Labor’s plan for cheaper childcare and a dental plan for pensioners.

Trade Minister Simon Birmingham is unhappy with former colleague Julia Banks who will preference Labor above the Liberal Party in the seat of Flinders. Ms Banks quit the party last November alleging bullying during the ousting of Malcolm Turnbull from the prime ministership.

Footage has emerged of a man on horseback riding into Bob Brown’s anti-Adani convoy and injuring a woman.