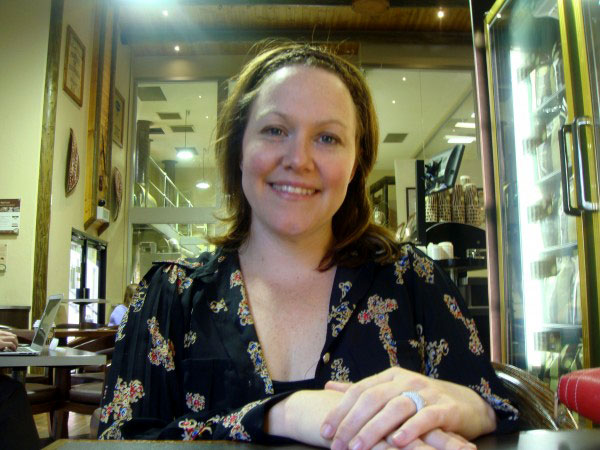 Family First candidate for Forde Amanda Best has stuffed a whole lotta life into her 34 years.

As a teenager she survived anorexia and was a ward of the state, in her early 20s she was a pastor in a community church, in her late 20s she survived a plane crash that killed five others, she is in the middle of her second election campaign and she recently gave birth to her daughter.

We meet at the headquarters of a local business, Zarraffa’s Coffee, on Forde’s south-eastern fringe, just up the road from the office of the training business she runs with her husband.

Best is bright and teeming with confidence. Of all the candidates I met at a candidates’ forum organised by the Australian Christian Lobby last week, Best was most intriguing for her uncommon, oddly harmonious blend of clarity and wide-ranging eclecticism.

Regardless of the issue on the table, there is no black and white with Best, no absolute right or wrong; just a great big landscape on which to roam, turning over myriad issues and guiding discussion this way or that, allowing for all the shades of human grey tipped with compassion for the circumstances of the individual.

This is a Family First candidate who is open about the abortions she had many years ago – who doesn’t like abortions and supports Queensland’s strict abortion laws, but stops short of making that decision for anybody else.

She’s a Family First candidate who has same sex friends, couples who are close friends of her family, yet supports maintaining the current definition of the Marriage Act for reasons that are more technical than moral – she is a marriage celebrant: “what if celebrants get sued for not performing same sex marriages?” she asked at the forum, making reference to the US experience of legalising gay marriage.

“It would be like opening the floodgates – the ripple effects are unknown.”

Best’s anorexia at 13 was the reason she was removed from her family. The two years she spent as a ward of the state at 14 and 15 were mostly spent in hospital.

“Those years were pretty tough,” she says.

“But now I’m incredibly grateful for the challenge – it created resilience, tenacity and compassion in me.

“People look at my life now, with my family and business, and think I’m so successful. This is not my measure of success.

“Am I a good contributor to society? That is my measure of success.”

In 2006, Best went skydiving to celebrate a friend’s 40th birthday. The plane fell out of the sky and disappeared into the muddy water of a dam near Ipswich.

Despite a broken neck, fractured back, collapsed lung and second degree burns, Best untangled herself from the bodies that had her pinned beneath the water, kicked to the surface and walked for help.

She describes the event with the same bright, steady countenance she uses to discuss anything else – her political career, the 50-50 child-sharing arrangement she has with her husband’s three children from a previous marriage, growing up in Brisbane with her twin sister Bibe near the racetrack, where her dad was a bookie. 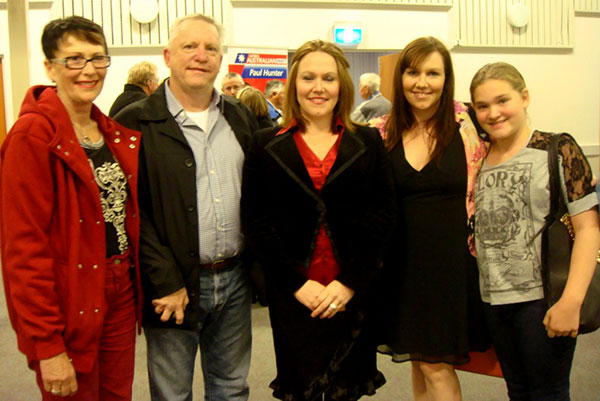 I ask how she got out of the plane.

Her answer is simple: “Angels.”

“I was conscious the whole time,” she says.

“I recall floating, slowly, and then I looked up and saw blue sky.

“I don’t ask why I survived, I trust it is what it is.

“Actually you’d go mental if you asked questions like that.”

Like so many people who live to tell such a tale, Amanda Best does not fear life.

“Although I don’t know if I’d go skydiving again,” she laughs.

Then she considers for a moment – “although I might if it was going to raise millions for a cause.”

Best says she is ’cause driven’.

“Right now people are my cause,” she says.

“The same issues that matter to all the candidates. We’ve all got the electorate at heart, all our intentions are good.

“The other night at the forum, I was quite daunted that I had to speak after Peter Beattie. I just looked past the man to the cause.”

I ask how things would change for the people of Forde if she was elected as their federal representative.

“Because I’m not a member of one of the two big parties, I’m in a position to negotiate for local needs,” she says.

“There would be no deals that were not transparent – everything I do would be very public.”

Her message to the people of Forde for the 2013 election is clear: “Every vote counts. Don’t throw your vote away – make an informed decision

“It’s time for change for the people of Forde – Bert van Manen is a nice guy and Peter Beattie is experienced and has Queensland at heart.

“But it’s time for a change – time to give the minor parties a go.

“I can see why the Australian people would be fearful of that, given the recent hung parliament. But in reality the independents gave the government extra perspective.”

Best seems surprised when I suggest there might be times when her views are at odds with her party.

“Being a member of a party makes me accountable,” she says. “But in Family First I’m entitled to vote as I please – I’m not required to vote as a party bloc.”

“I want to be an MP,” she says. “At the appointed time and place for me.

“Right now, that would be a miracle.

“Then again,” she laughs, “I’ve already had a couple of those.”