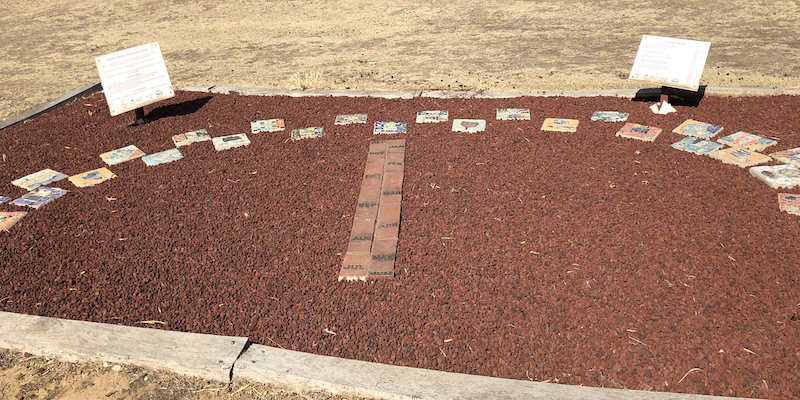 There’s no question that for any Independent hoping to dislodge a Nat from a safe seat you have to get some of the rusted-ons to rust off.

The theory is a lot easier than the practice. There are a few announcements coming on that front from the @malleeray camp but at this stage I can say no more.

But how to get the message out? How do you change the habits of a lifetime? What can you do to cut through? A former colleague at the ABC — who has broken several major national stories from the regions — has a method. You don’t ask, you tell.

What we are asking younger voters to do is to tell their parents or grandparents how to vote. No arguments, just simple statements: “You can’t vote for the Nationals because their policies will make my life and the life of your grandkids tougher”, “the current lot of Nats can’t hold a candle to Ian Sinclair or Doug Anthony”, and then in our case “you must vote 1 Ray Kingston The Independent for Mallee.”

Normally you’d think something this direct would work but these aren’t normal times. The Nationals are on the nose but a bit of a smell is a fair way from getting a long-time voter to switch. They won’t vote Labor or Green; they may consider One Nation, Shooters Fishers and Farmers or the Liberals, but Independents who are free of party allegiances are the flavour of the campaign.

From speaking to a lot of voters, the motivations of political parties are now viewed with real suspicion but you need something more than political ads and personal appearances to get a voter to make that leap beyond parties to an Independent; hence ‘the chat.’

In it to win it

Politics is a numbers game and the crucial number in Mallee is 13. We have the most crowded field of any electorate in Australia, the next best is 10. But the reality is nine of the Mallee candidates — despite what they say or may even believe — are there purely to boost their parties’ senate vote.

There are only four candidates who are solely in it to win it: the three Independents and the Nationals candidate. I’m not sure how I feel about this: on one hand it’s a democracy — they have all paid $2000 to be in the race — but on the other hand this is a crucial election for Mallee and to have it being used purely to boost senate votes is disappointing. It feels a bit like the revelation in The Hitchhikers Guide to the Galaxy when you find out Earth was designed as an experiment for mice.

While we are talking numbers, compare the pair: the Sydney seat of Wentworth is just 38 square kilometres and has 40 polling booths; whereas Mallee is 81,962 sq kms with 87 polling booths.

Right time’s up. What is the photo on the front page?

You’ll have to go to Moonambel to find out. One of the delights of this campaign has been getting to places I’ve never been to before and Moonambel fits the description. It’s a neat little town in the south east of Mallee, one of the centres that finds itself in its third electorate in nine years. The locals are not at all happy about it nor relishing the thought of as they see it as ‘rule from Mildura’.

We looked at a new historical display highlighting some of the offences committed here in the past, and what a fascinating collection it was. There were lots of ‘drunk and disorderly’, mainly among the older brigade, but one that caught my eye was a charge of vagrancy that was changed to a charge of lunacy!

But then my eye wandered to the display in the front-page photo, or, as the locals call it, the sundial. This is a great piece of work. A lot of calculations were required to set it out so it is accurate. The way it works is the bricks represent the months of the year, while the colourful mosaics in the arc are the numbers of the hours. What you do is place your right foot on the brick for the month, if it’s the start of the month then near the edge of the brick, middle of the month, middle of the brick, etcetera, then raise your right arm in the air and that’s the time. Add an hour for daylight saving and there it is.

We tried it. It works.